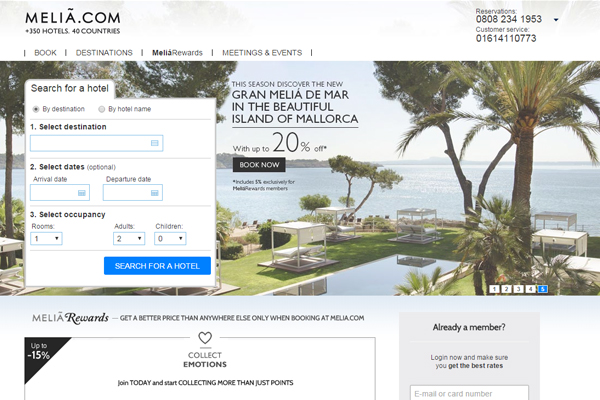 Sales increased by 27% online through Meila.com while trade sales via Melia.pro were up by 36% as part of a digital transformation.

“Melia.pro enhances sales and relationships with travel agents who remain one of the essential success factors for MHI, following 60 years of productive collaborations,” the chain said..

The company plans to enter new markets this year by opening 25 new hotels, including hotels in the US, Jamaica and Tenerife.

Gabriel Escarrer Jaume, vice chairman and chief executive of Meliá Hotels International, said: “As we begin 2016, which marks MHI’s 60th anniversary, we start the year in a stronger position than ever before, both in terms of the business and our financial position.

“MHI’s strategic plan to be presented during 2016 aims to further consolidate our brands, our digital commitment and strengthen the competitiveness and positioning of the group.”