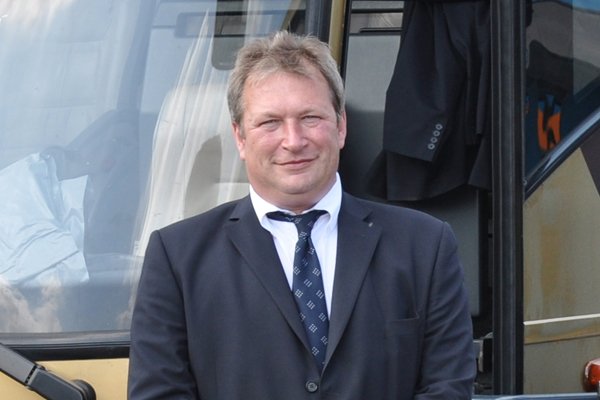 The industry has paid tribute to the managing director of Coachholidays.com and boss of Wallace Arnold Worldchoice John Flin, who died from cancer this month.

Flin, whose career in travel spanned more than 30 years, passed away on February 16 after becoming ill in June last year.

He joined the family business based in Croydon, then trading as Homeland Tours, in the late 1970s after leaving school when he was 18.

Flin then set-up Coachholidays.com in 1997 with his father.

Chief executive of The Travel Network Group, Gary Lewis, said: “John and his business at Wallace Arnold have been highly valued Worldchoice members for a great many years. He ran a very strong and successful business and always offered good advice and assistance to new members.

“My personal memories of John were his big booming laugh, his quick smile for everyone and his wicked sense of humour. John and I always had honest conversations and he always had strong opinions, but always delivered his views with huge excitement and energy of what was to come. He will be missed by us all.‎”

National sales manager at Shearings Holidays, Michael Bowers said Flin was a “walking Wikipedia” on the escorted sector and “passionate about customers”.

“Although he was seen as old school by many but he embraced technology early on and was selling online before many of his contemporaries while also keeping his retail agency”, Bowers said.

Ian Henry, chief executive of Leger Holidays said: “John was a great friend to the coach holiday sector. With his father he built a business which was a loyal supporter of coach holidays and his early passing is a great loss to us all.”

“Over the past months he battled his illness with the same humour he tackled life, re-branding himself from Fat Boy Flin to Thin Boy Flin because of the weight loss. Sadly that pint we had hoped to have in the near future will never happen. Rest in peace John, you will be greatly missed.”

Sales director at the UK Holiday Group, Harold Burke said: “John was a wonderful person and a pioneer in his own right. I often bumped into him at trade shows and what he didn’t know about our industry just wasn’t worth knowing. He will be sadly missed.”

Flin’s sister, Elle Flin, who lives in Australia, flew back to the UK last summer and has been managing the family business since John was taken ill.

She said her brother had been in and out of hospital but the family had hoped he would recover.

“He was highly regarded by his peers and had a very good sense of humour, always making everyone laugh. He loved motorbikes and cars and, of course, coaches,” she said.

Flin also leaves behind a daughter who lives in France.

His funeral will take place on March 1 at Sussex and Surrey Crematorium, Crawley, at 3pm.