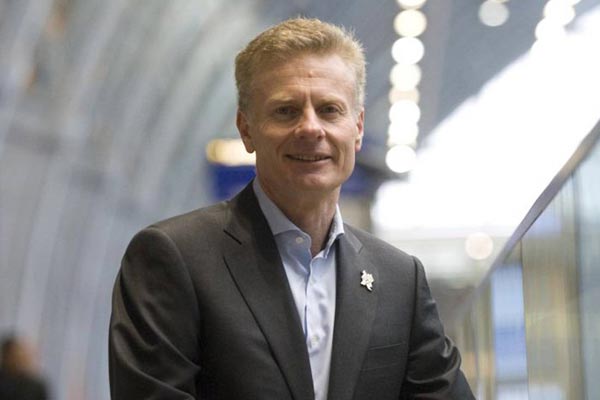 Former Treasury minister Lord Deighton was today confirmed as the new chairman of Heathrow as the airport battles to win government backing for a third runway.

He will succeed Sir Nigel Rudd at the head of the company later this year.

Lord Deighton stepped down as a Treasury minister last year, having overseen the National Infrastructure Plan in 2014 as commercial secretary to the Treasury.

The appointment comes as Heathrow fights against rival Gatwick and environmental objectors to its plans for expansion.

The airport’s owning company said Lord Deighton will guide Heathrow through its next phase of development, supporting Heathrow’s vision of giving passengers the best airport service in the world and preparing for the government’s decision on airport expansion.

“He understands the importance of world class national infrastructure as well as delivering outstanding service.

“He has exactly the skills we need to develop Heathrow as the best connected and most sustainable airport in the world.”

Lord Deighton said: “Over the past decade, Heathrow has been transformed by £11 billion of private investment into a world-class airport that Britain can be proud of.

“It is Britain’s front door – providing a warm welcome to visitors and connecting all parts of our island trading nation to the emerging and international markets of the world that fuel growth, create jobs and drive exports.

“I’m delighted to be joining a team with an ambition to give passengers the best airport service in the world and focussed on delivering the runway that will keep Britain at the heart of the global economy.”

The Airports Commission last year said that building a third runway at Heathrow was the most economically attractive option but the government delayed a final decision in December until the summer.

An alternative proposal to extend and split one of Heathrow’s existing runways is seen as the least likely choice but its backers have recently raised new funding and continue to hold talks with the Department for Transport, Sky News reported.