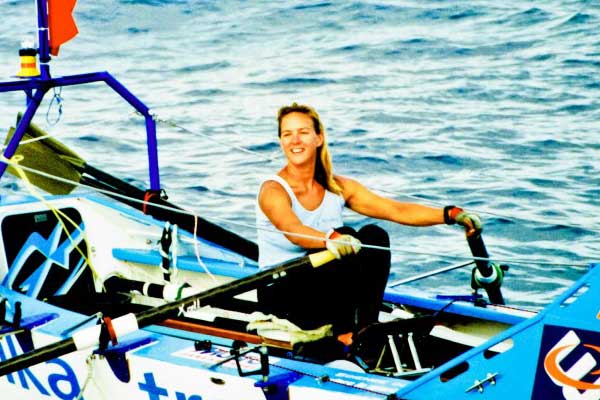 A transatlantic yachtswoman, the former chief executive of Eurostar and the world’s first amputee ultra-distance runner have been confirmed as keynote speakers at next month’s Travel Network Group ‘Inspire’ themed conference.

Debra Searle (pictured), Hamish Taylor and Chris Moon will be on stage as part of the event which takes place on board the ship Celebrity Eclipse from Southampton on May 8-10.

The consortium’s chief executive, Gary Lewis, said the trio had been chosen due to their inspirational achievements and qualities.

The 455-strong delegation will also get an update from Lewis and the group’s senior management team on its strategic direction.

The results of an Institute of Customer Service survey undertaken across the group will also be revealed.

TNG began working with the ICS following its last conference in Croatia in May 2014, and the results of the body’s second survey will be shared with members.

Lewis said: “For this year’s Inspire conference we wanted speakers who can really engage with our members.

“Debra, Hamish and Chris will share with us their incredible life experiences and business ventures and delegates are sure to not only be energised and motivated by what they hear, but be able to take away real practical learnings that they can embed in their own business lives.”

Lewis added that the group had received a record number of nominations from members for its prestigious ‘Member of the Year’ awards, the winners of which will be announced at an awards dinner taking place on the ship on May 9.