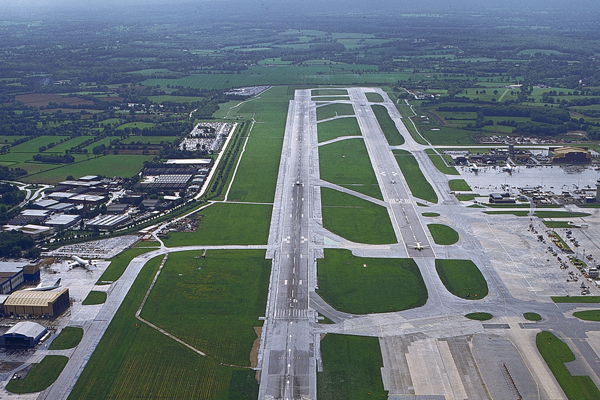 Airport charges at Gatwick would have to rise steeply to pay for a second runway, new research published today claims.

Written by economist and former Treasury adviser, Brendon Sewill, the study claims a hike is fees could cause airlines to move to other airports such as Stansted or Luton.

The report is based on estimates made by the Airports Commission that the cost of a new Gatwick runway would mean a rise in airport charges from the current £9 per passenger to £15 to £18, rising to £23 at the peak.

Sewill conducted the research as a member of the Gatwick Area Conservation Campaign which opposes Gatwick expansion.

He said: “That is a rise of over 100% and would be serious shock for airlines. EasyJet and British Airways have already expressed anxiety. Stansted is at present half full and would be overjoyed to attract business from Gatwick.”

The study claims that the result could be the same as happened at Manchester airport. When a new runway was opened in 2000, it was followed by a fall in passenger numbers.  The airport is still only at 60% of the capacity of a single runway, according to the research.

The research concludes: “For the past four years there has been unending discussion of where a new runway should be built.

“Each airport has spent millions on lobbying, newspapers have carried innumerable articles, everyone in every pub has a view on where it should be. But it seems that no one has stopped to ask: “Who will pay?”

“Second, the predicted 100% increase in airport charges at Gatwick could cause a substantial shift to Stansted and Luton.

“This could become a vicious spiral if higher chargers led to fewer passengers at Gatwick which meant fewer to share the cost.

“Economic analysis reinforces the common sense view that there is no point in building a new runway at Gatwick while Stansted remains only half full.

“Third, competitive pressure from other airports could make the financing of a new Gatwick runway challenging.”

A spokesman for Gatwock said: “Because of we plan to deliver our second runway project in defined phases – which allows capacity to be released in response to demand -Gatwick can guarantee that passenger charges will be subject to an inflation-linked £15 per passenger limit.

“This means fares would be kept low for all passengers – from cost-conscious business travellers to hard-pressed families. These guarantees give airlines and passengers confidence that they will not have to pay much higher air fares through higher airport charges.

“Heathrow cannot offer a similar guarantee – it already has the most expensive airport charges in Europe and, as many of its costs like the tunnelling of the M25 are front-loaded, cannot phase its construction project to avoid huge expenditure straight off the bat.”