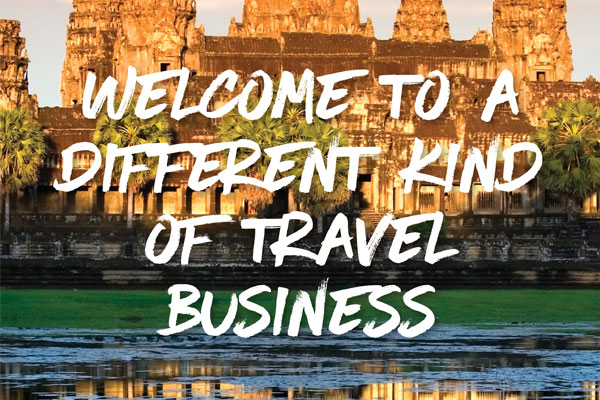 Travelopia, the new name for Tui’s Specialist division that is to be sold off by Tui Group, is “gearing up for massive growth through the high street”, according to bosses.

Will Waggott, chief executive of Travelopia, said: “Now we’re moving out of Tui Group and from under the Tui umbrella, distribution is going to be very important to our business and we would definitely like to develop closer ties with the trade – both in the UK and globally. We are looking to expand our trade sales and have an opportunity now to really move forward with that.”

He said having agents knowing the different brands within the Travelopia porfolio and being able to “explain the incredible experiences that they can deliver for their customers” would be key to Travelopia’s success going forward.

Martin Froggatt, managing director of the division currently known as Specialist Events Student (SES), added: “What we’re seeing globally is an information-overload. People want to talk to knowledgeable agents who understand the products we have and which experiences they might like to do.”

He said sales for his brands through agents in the US had grown 18% per year for the last three years, and hoped such success through third-party agents could be emulated in the UK.

“It might not be the same numbers, but travel agents who are smart can really thrive by selling our brands. Our Net Promoter scores for many are higher than Apple and Samsung and we have incredible loyalty, so they can be assured we will deliver for their customers.”

Mathew Prior, managing director of the division known to date known as the Specialist Holidays Group, added that some of his brands already had great relations with the UK trade and that travel agents had responded positively to its new trade-only long-haul brand, Travelmood.

“We’ve got great trade brands like Citalia and Austravel that have always been sold by third parties. We have a very big relationship with Thomson retail for that too and that won’t change but we feel we can drive our business through the high street a lot more, particularly through Travelmood,” he said.

Prior revealed he was recruiting for two more sales representatives on the road to take the Travelmood team to 10. The existing reps are already visiting 50 third-party travel agents a week, and said it had produced 20,000 brochures for the trade, paid attractive commissions and had a big rewards programme over and above that.

Froggatt added that there was huge scope for agents to sell more of his adventure brands including Exodus, Headwater and Quark Expeditions.

“The UK market  – and sales through third party agents – is absolutely slated for expansion,” he said.