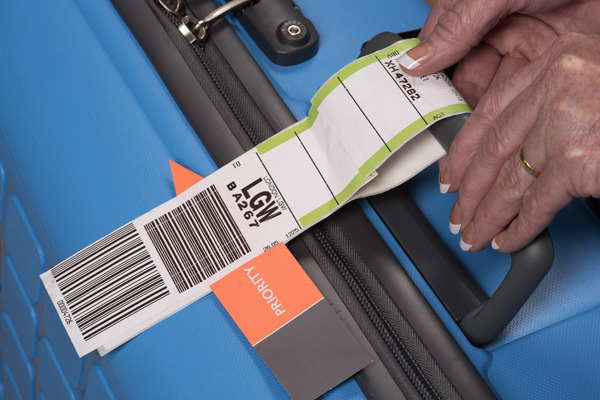 Home printed airline luggage labels could be introduced to reduce crowding and security risks at airports.

The initiative, similar to labels sent out by cruise lines for passengers to print out at home and attach to their bags, is part of a series of measures being considered by Iata.

The airline trade body is working with partners across the value chain to implement ‘fast travel’ to “expedite passenger processing” with self-service options.

“Internet check-in and home-printed baggage tags allow the passenger to arrive at the airport ready to travel, thereby reducing passenger dwell time in landside areas of the airport,” the association said.

Iata is working with Airports Council International to streamline airport screening with modern technology and a risk-based approach through ‘smart security’ measures.

“This will bring the triple benefit of reduced queues landside, more effective screening, and an improved passenger experience,” it said.

The measures were outlined at Iata’s 72nd annual meeting in Dublin where airline bosses adopted a resolution denouncing terrorism.

They also and called for intensified co-operation among governments as well as with the air transport industry to keep flying secure.

Iata director general and chief executive, Tony Tyler, said that the “foundation stone of security has been rocked by tragedy”.

He cited atrocities over the past 12 months involving the downing of the Metrojet Airbus over Egypt, an explosion on a Daallo Airlines aircraft in Somalia and the Brussels airport terrorist attack.

“These are grim reminders that aviation is vulnerable,” he said. “Airlines rely on governments to keep passengers and employees secure as part of their responsibility for national security. And we are committed to working with them in that challenging task.”

The Brussels airport attack in March highlighted the importance of security in airport landslide public areas.

“Keeping this area secure is fully the responsibility of governments and the most effective defence is government intelligence used to stop terrorists long before they reach airport property,” Iata said.Tyler added: “Intelligence is the most powerful tool that governments have to protect their citizens wherever they are – at work, in their homes or while travelling.

“One of the biggest risk areas are large crowds. Industry is helping to bolster these efforts with practical measures – smart security and fast travel – that will mitigate risk by reducing airport queues.”