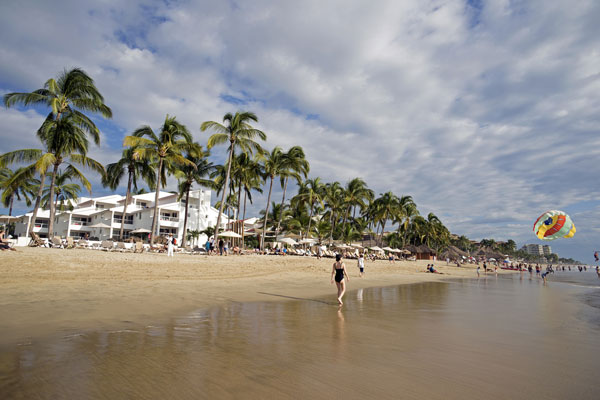 The firstchoice.co.uk and thomson.co.uk websites advertised holidays in Mexico during August last year, claiming savings of up to “27% off”.

A consumer, who had never seen the holidays offered at the implied higher prices, complained to the advertising watchdog that the adverts were misleading.

Tui said the price for package holidays changed frequently based on demand, but it set its base prices at the level they were expected to sell at.

However, due to a lack of demand for the holidays in question to Nuevo Vallarta (pictured) on Mexico’s Pacific coast, the operator determined that it would be appropriate to lower the prices in order to promote sales.

Tui did not believe the ads were misleading, and said that showing a discount was important to illustrate the relative value of different holiday packages.

The Advertising Standards Authority said consumers were likely to understand from the savings claims in both ads that the implied full prices were the rates at which the holiday was usually sold by First Choice and Thomson respectively.

Data supplied to the ASA by the company indicated that the majority of the prices at which the holidays were sold in the months preceding the date of the adverts had been lower than the implied full prices in the adverts.

The ASA said: “We acknowledged Tui’s comments that holiday pricing often changed depending on demand. However, we considered the evidence provided had not adequately demonstrated that the holidays were usually sold at £2,048 and £1,557 by First Choice and Thomson respectively, and therefore the savings claims did not represent genuine savings against those usual selling prices.

“We concluded that the savings claims were likely to mislead.”

It ruled that the ads must not appear again in their current forms, adding: “We told Tui UK to ensure that they did not make similar savings claims in future advertising unless they held evidence to demonstrate that the higher prices were the usual prices at which the holidays were sold, and that the savings claims reflected a genuine saving.”