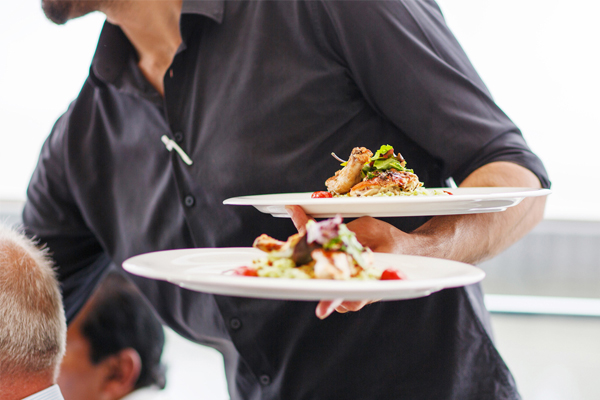 Almost half of package holidaymakers nullify the savings made by staying in all-inclusive resorts by going out to eat and drink in local restaurants, according to a new study.

Research for Post Office Travel Money found that 44% of people now view all-inclusive resorts as a base from where to venture out for meals and drinks in their holiday destination.

Around two-thirds of parents who go all-inclusive in Europe spend extra on meals and drinks away from their hotel. Those who do so spend an average of £254, or 9% more than a year ago.

Nearly three-quarters (72%) paid for meals in local restaurants at an average cost of almost £60. Depending on their resort, this could add up to 21% to the cost of their all-inclusive break.

Families on long haul holidays are even more likely to visit local resorts away from their all-inclusive hotel for meals, drinks and snacks.

Almost four-in-five paid extra for meals at an average of over £53. Up to 73% spent more than their European counterparts on a range of drinks and snacks, which means that their extra spend overall averages around £288 – 44% more than when spending habits were researched 12 months ago.

Post Office Travel Money is advising families on all-inclusive packages to budget carefully, given the big increases in spending outside resorts revealed by the new report.

Extra spending on meals and drinks within all-inclusive resorts is also on the rise. Last year 24% of families paid an average of around £54 for à la carte meals in European resorts. Now a third of families are doing so and spending £59 on average for the privilege.

The proportion spending money on top of their all-inclusive package has increased for drinks and snacks as well. Half of families pay for snacks – up from a third last year – at a cost of £28.

A growing number of families also pay extra for drinks within their resort on European all-inclusive trios. Almost two-in-five (37%) of those surveyed said they spent an average of £45 on international brands of alcohol on their last holiday.

The same proportion spent £38 on bottles of wine, 44% spent £23 on bottled water and over three-in-ten paid around £35 for cocktails.

More than a third (36%) spent £40 on drinks made with local alcohol brands – generally believed to be free on all-inclusive deals.

The figures increase for families on long haul all-inclusive holidays. Around half of them (48-59%, depending on the item) pay extra for meals and drinks – spending more than families on European holidays too. Almost three-in-five (59%) spent almost £43 to buy local brand alcoholic drinks.

When the amount spent away from (£288) and within (£376) all-inclusive resorts is combined, it means that at least half of long haul holidaymakers could be spending an additional £664 on top of their all-inclusive package. This will add 24% to the cost of a typical one week stay in Thailand and 19% on a week in Mexico’s Riviera Maya.

However, only one-in-12 of those surveyed said they were surprised to find that some items were not included in their all-inclusive package while 43% thought that all-inclusives were good value ‘as everything is included so I don’t need to worry about taking spending money’.

Andrew Brown, of Post Office Travel Money, said: “The all-inclusive holiday generation is now showing clear signs of having more realistic expectations and no longer assume everything to be included in the package.“Most holidaymakers now prefer to get out and about, spending money in local restaurants and cafes where they will get a real flavour of their holiday resort.

“That is good news for local businesses but it means that holiday cash may be stretched. Be prepared and take enough foreign currency to cover the cost of items bought outside the all-inclusive hotel.”