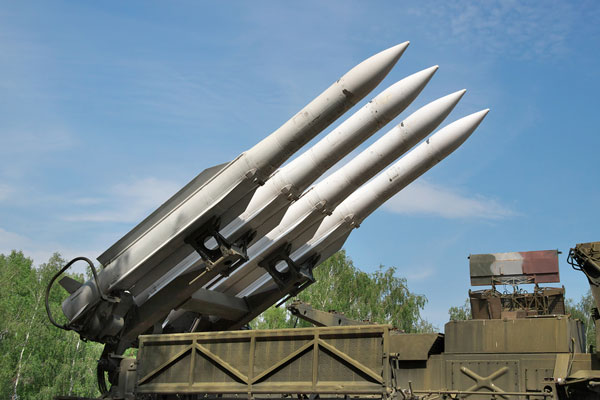 A Russian missile used to shoot down Malaysia Airlines flight MH17 was transported in and out of Ukraine’s rebel-held territory on the day of the attack, an international investigation has concluded.

Extensive evidence collected by the Dutch-led inquiry shows the missile was driven from Russia hours before it was fired, killing all 283 passengers and 15 crew on the Boeing 777 from Amsterdam to Kuala Lumpur on July 17, 2014.

The powerful rocket shredded the forward section of the Boeing 777 when it exploded alongside it, sending thousands of shards of metal into the fuselage as it flew high above eastern Ukraine.

Russia branded the inquiry a western-led conspiracy and claimed it had ignored crucial evidence. The Kremlin has accused Ukrainian forces of downing the aircraft.

The prosecutors played videos and photographs taken by locals showing the tracked missile launcher being carried on a Volvo low-loader truck through Ukraine to the field from where it was launched 13 miles from the crash site.

The truck was accompanied by two unmarked military vehicles and men in unidentifiable uniform.

Intercepted mobile phone calls and witness accounts pinpointed its movements that day, and prosecutors presented photographs taken by Ukrainians showing a white trail of smoke that the missile left in the sky as it shot towards the passenger aircraft.

The joint investigation team, which included prosecutors from Australia, Belgium, Malaysia and Ukraine, appealed to insiders for information on the operation to move the missile launcher into Ukraine and out again the day after the attack on the airliner.

Russia maintained its insistence that the Boeing was brought down by Ukrainian national forces, which also have Buk missiles, and that the incident was being used to tarnish Russia.