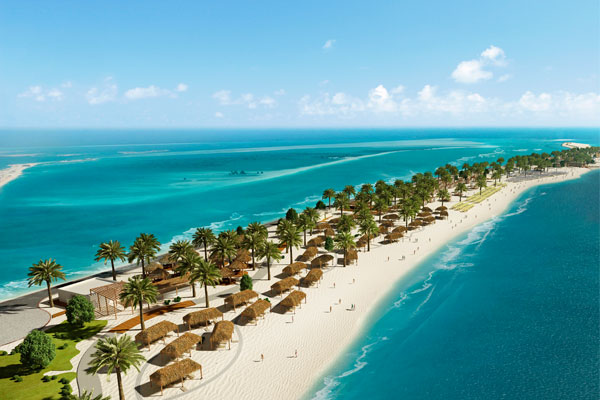 Abta Travel Convention delegates have been given details of a new beach resort island opening this winter alongside a first hand tour of Abu Dhabi’s newly developed cruise terminal.

A fact finding tour of the terminal prior to the opening of the 2016 convention gave agents an insight into the facilities which are attracting increased numbers of cruise lines to the Gulf state.

Celebrity Cruises makes its debut in the emirate next month to coincide with the Abu Dhabi Grand Prix with Celebrity Constellation running a series of five departures, rising to six in winter 2017/18, including 12-night itineraries to India.

Head of sales and business development Michael English said: “With ten ships offering winter sun in the Caribbean and Asia, it made sense to have these new itineraries in the Arabian peninsula over-nighting in Dubai, Oman and Abu Dhabi.”

Celebrity has not yet committed to serving the new Sir Bani Yas desert island resort, which will see MSC Cruises make it first call for the winter on December 5.

Other lines scheduled to make calls at the island include Costa, Silversea, Crystal and Oceania.

Etihad Holidays will offer 4×4 safaris and tours of a neighbouring national nature reserve which is home to wildlife ranging from giraffe and cheetah to ostrich and oryx over more than 4,000 hectares.

The island resort will cater for one ship at a time, tendering from off shore, and is seen as an additional attraction to cruise itineraries in the Gulf region.

The new cruise terminal can handle up to three ships with a capacity for 6,000 passengers at any one time. Disembarking passengers have the option of checking in for flights from the terminal rather than taking their luggage to the airport, according to cruise terminal manager Noura Al Dhaheri.