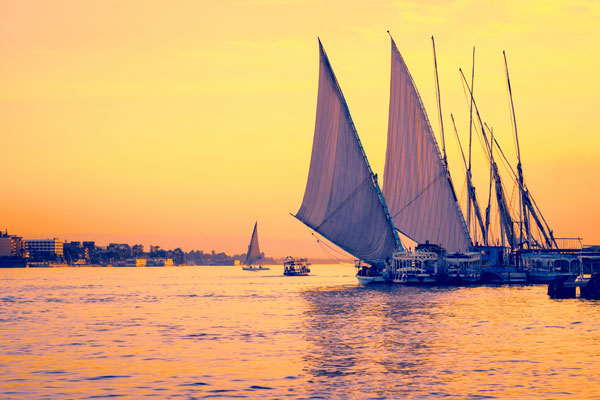 Despite the dramatic drop in numbers, the country’s minister of tourism said he was “very confident” that figures would grow in 2017.

Speaking at a press conference at WTM today (Monday), his excellency Yehia Rashed said he believed it was “only a matter of time” before the British government lifts its ban on flights to Sharm el-Sheikh.

Germany and Belgium lifted their bans five months ago.

Asked why he thought the British government had not changed its advice, Rashed said: “We respect the government’s decision whatever it is. A lot of tours and inspections have been carried out and these have been very positive.”

He said more equipment had been installed at the airport and a British firm was training security personnel.

“We are getting closer and closer… I believe confidence has been built,” Rashed added.

Flights to Sharm el-Sheikh from the UK were suspended following the bombing a Russian aircraft in October 2015.

Last week, Monarch announced it was cancelling all flight and holiday bookings to Sharm el-Sheikh for the foreseeable future in light of no indication from the government as to when the airport would re-open to flights from the UK.

Rashed said: “We are very confident that 2017 will be a year of growth. I personally believe it is just a matter of time before the UK government reviews the work and investment we’ve done in improving security in our airports and lifts the ban on flights to Sharm el-Sheikh.”

“Egypt remains one the most impressive places I have been to,” he said.

“Egypt has always been open (for business), you’ve always been able to fly to Cairo and Luxor and enjoy the ancient wonders.

“For the last year Shem el-Sheikh has been closed to flights from Britain.

“It is not for me to contradict the Foreign Office. It has the most serious responsibility. I am impressed other national authorities are operating there and airlines are pressing the government to fly. I hope the government will keep assessing the situation.”

Cheapflights managing director Andrew Shelton said: “As more than 30 UK travel firms demand that the UK government confirm when direct flights to Sharm el Sheikh can resume, our data reveals that demand for flights to the Egyptian resort remains strong and is actually on the rise.

“Searches for Sharm el Sheikh dipped this June but rallied by 74% by October, a year since the airline incident that triggered the ban on UK flights to and from the resort implemented a year ago yesterday [4 November 2015].”

“In July, Sharm el Sheikh searches dipped and we saw more interest for flights to Greece and Cyprus – which were up 31% and 29% respectively, month on month, which suggests Brits’ enduring appetite for a hot weather coastal break saw searches switch.”

“We believe that the some of the searches result from curiosity borne from news reports about Sharm el Sheikh and the ongoing uncertainty around flights.

“Given that UK airlines have now been banned from direct flights for over a year, it’s remarkable that demand endures for a route facing such uncertainty.”