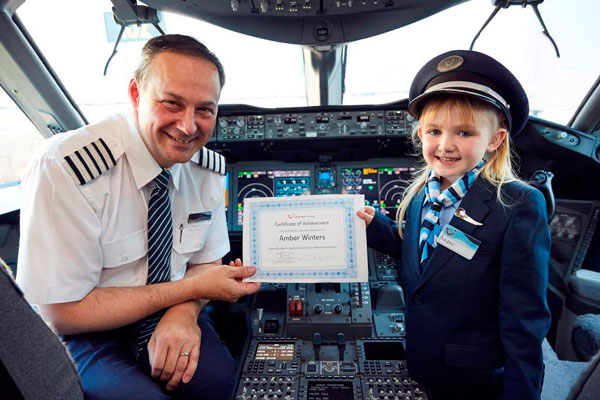 Thomson Airways has appointed its first ever child ambassador.

Four year-old Amber Winters from Birmingham won a nationwide competition which asked youngsters to suggest a name for the airline’s new 787-9 Dreamliner and provide ideas on how it could make the plane better for children.

Amber, who was chosen for her suggestion to name the aircraft Pixie Dust, was one of 10 finalists chosen to attend a special ambassador day at Gatwick airport where they went on a tour of the new aircraft with Thomson Airways pilot Stuart Gruber.

She will also jet off with their family to Thomson’s 5T Sensatori Resort Mexico during February half term next year.