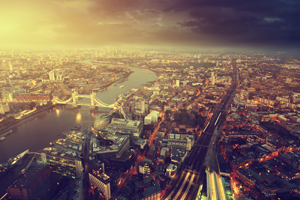 Six Senses is targeting London as its next urban hotel destination.

Last month the hotel and spa brand announced it would make its debut in New York, signalling a change from the company’s traditional beach destination model.

“We need to be in London,” he said. “I was wondering which would come first (London or New York) but New York just happened to come along sooner.

“We’re looking at London because it makes sense for us as a brand. But we’re also looking at other urban locations in Asia such as Tokyo and Shanghai.”

The plans follow a period of consistent expansion for the company. In 2015 it opened its first properties in Europe – one on the Duoro and another in Courchevel – and this year it expanded into the Seychelles.

Next year will see further growth with five lodges opening in Bhutan; Six Senses will also open a private island in Cambodia and a properties in Fiji.

The company also operates standalone spas and two are set to open in India next year, one in Dubai and another in Courchevel.

Jacobs said wellness and sustainability would remain at the core of each new property.

“It may only be 10-15% of the revenue for a property but when you look at the impact it has on guests it’s huge. It tends to lead to a greater length of stay and it is great for brand image.

“Wellness is our competitive edge because the majority of other brands don’t take it as serious as we do.”