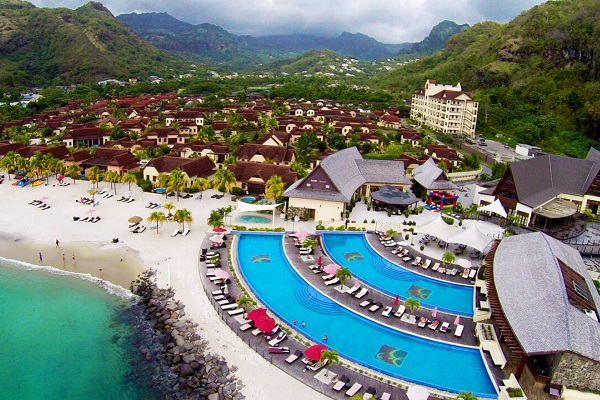 The firm behind a luxury Caribbean resort has won a High Court battle and damages of more than $11 million against its former accountants.

Harlequin Hotels and Resorts which owns Buccament Bay in St Vincent and the Grenadines, hosts weddings and sports masterclasses from ex-pros such as tennis star Pat Cash and former Arsenal footballer Ray Parlour.

The firm claimed Wilkins Kennedy – its accountants from 2006 to 2010 – breached its contract in relation to giving financial and business advice to thousands of investors over the Buccament Bay project ahead of its 2010 opening.

The five star all-inclusive resort has featured in programmes for Kuoni, Caribtours, Virgin Holidays and other major operators.

195 villa properties were built at Buccament Bay, funded by deposits paid for by thousands of investors. The original plan was for 368 but Harlequin says it scaled down the project after sacking construction company ICE Group in 2010 and started its own development company – Harlequin Developments – to complete the work.

In 2013, the High Court commercial division in Dublin awarded Harlequin $2million after finding that Padraig O’Halloran, managing director of ICE Group, had misappropriated funds meant for the construction of Harlequin’s Buccament Bay project. He spent cash on private jets, a St Lucian race course and a £1million wedding.

Today’s verdict was the latest chapter in a long-running legal saga involving the resort, which originally sought damages of $60 million.

There is also an ongoing Serious Fraud Office investigation into Harlequin. The firm entered insolvency proceedings under St Vincent jurisdiction in October.

Harlequin Hotels and Resorts’ founder Dave Ames said: “We are delighted the case has now resulted in such a strong judgment in favour of Harlequin and it vindicates what we have been saying for years. Today we have, at last, some justice. Tomorrow, we return to fighting to rebuild our business.”