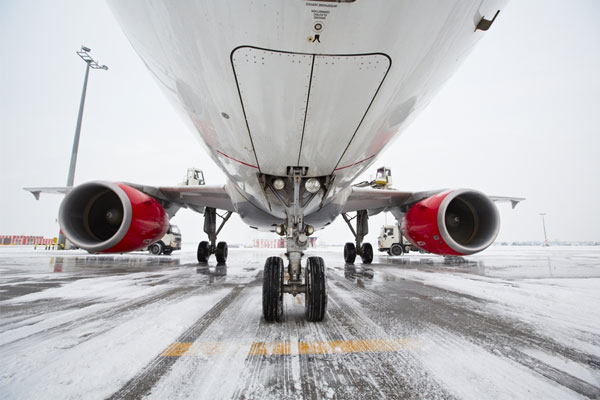 Thousands of flights have been grounded by a severe snowstorm, stranding passengers across the US Great Lakes region.

Chicago suffered the most flight cancellations after six inches of snow fell while a Delta Air Lines aircraft skidded off a taxiway in Detroit Metro airport after landing.

Winter storm watch warnings were issued on Monday for parts of the Great Lakes and the Northeast regions as driving snow and freezing rain continued to fall in places.

Two men died in the suburbs of Detroit shortly after using snow-blowing machines to clear snow.

Officials say another arctic air blast could hit the northern US this week, the BBC reported.

“After the first true cold shot of the year this past week, much of the northern Plains can expect a more formidable shot of arctic air again this upcoming week,” AccuWeather meteorologist Max Vido said.

Snow fell yesterday across the New England states of New Hampshire, Maine and Vermont as temperatures plunged well below normal.

New York City was affected by a “wintry mix” of snow and ice early on Monday morning.

More than 10 inches of snow fell on the northern parts of Michigan and Illinois.