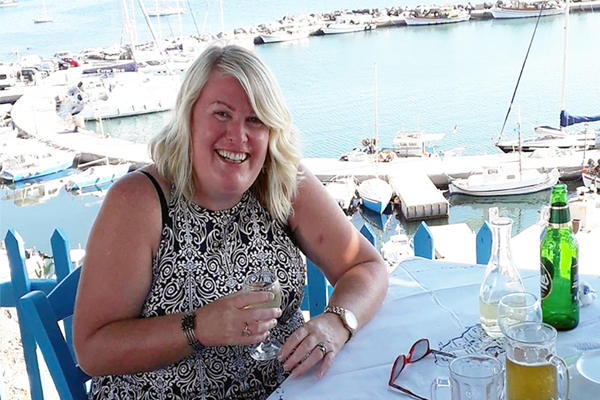 Your Holiday Booking agent Karin Rochelle won a trip to Morocco with Intrepid Travel thanks to her support for other agents while recovering from cancer. Samantha Mayling reports.

Q. What is your background in travel?
A. I started on a Youth Training Scheme at Lunn Poly in 1984, then worked for Pickfords in Truro before returning to Birmingham to work with Going Places. I didn’t like the directional selling, so I became a homeworker and have worked from home for about 16 years now. I moved to Your Holiday Booking after the collapse of Freedom. Your Holiday Booking and [parent company] Vertical Travel Group have been absolutely brilliant.

Q. Do you book any destinations in particular?
A. My favourite place to sell is Santorini and we’ve been there every year on holiday since 2001. We even managed to get there last summer for two weeks. Dubai is also a big seller. We get a lot of support from Jet2holidays and Gold Medal too, so I book through those operators in particular.

“I started chemotherapy in July that year and it went on until Bonfire Night. I managed to go for a holiday in Dubai for a week before my radiotherapy.”

Q. When were you diagnosed with cancer and how have you coped?
A. I had a 1980s-themed party in April 2018 for my 50th birthday, then a couple of weeks later found a lump on my breast. I had a full mastectomy in May 2018. I’d been due to go to Mauritius for my birthday treat but couldn’t go. I started chemotherapy in July that year and it went on until Bonfire Night. I managed to go for a holiday in Dubai for a week before my radiotherapy. I was getting back on track, building my business, but Freedom Travel Group failed with Thomas Cook in September 2019. I suffered from sepsis after an operation in November 2019 and was very poorly, but I’m feeling better now.

Q. How did you deal with the collapse of Freedom?
A. It was absolute panic, to be honest. Suzanne Brunt had recently left Freedom to join Your Holiday Booking, so a few of us messaged her. Damian Mc Donough [business development director at Your Holiday Booking] and Peter Healey [chief executive of Vertical Travel Group] took 79 of us homeworkers on. I set up the Freedom Family Facebook page to help guide and support homeworkers in the same situation. It has about 100 members now. When I was at Freedom, I had been a Freedom ambassador; I’ve always helped others with training and coaching.

“I set up the Freedom Family Facebook page to help guide and support homeworkers in the same situation. It has about 100 members now.”

Q. What fundraising have you done?
A. When I was at Freedom, in October 2019, I organised a massive charity event with [fellow agent] Pamela Boulton and others, for Breast Cancer Haven in Solihull. In April 2020, I set up a WhatsApp group with two other ladies in my road in Hall Green, near Solihull, and in August we had a driveway table-top sale, with people donating £5 to take part. That raised £330 for the Breast Friends Solihull support group. We also did a pumpkin parade for Halloween as I had lots of pumpkins from my allotment. We collected for the poppy appeal, and did another sale in December for Christmas items. We’ve collected 23 boxes of toiletries for the Birmingham and Solihull Women’s Aid refuges and we’re now collecting biscuits, chocolates and Easter eggs for local ambulance drivers. Now I’m thinking about doing a firewalk in October to raise money for Breast Friends Solihull. I try to keep busy; you have to get away from your desk. I think I was born with ants in my pants – life is too short, so my mantra is ‘get on with it’. There is a real sense of community here but if it had not been for the pandemic, this WhatsApp group would not have been set up.

“I’ll be joining one of Intrepid’s Women’s Expeditions in Morocco next year, which is good timing as I hope to have more surgery in April.”

Q. How do you feel about winning Intrepid Travel’s competition marking International Women’s Day?
A. I’m over the moon. I didn’t expect to win. People posted lots of comments about how I had helped them, and I was nominated by Pamela and other colleagues and travel folk. I’ll be joining one of Intrepid’s Women’s Expeditions in Morocco next year, which is good timing as I hope to have more surgery in April. It will be my first time in Morocco. Pamela might come along with me, and other friends might do too. 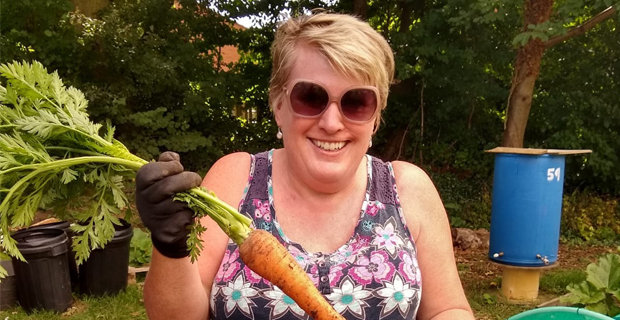 How have you coped during the pandemic?

Currently, it feels like it did at the beginning of the crisis as I’m now having to make a lot of changes to bookings again.

As a homeworker I’m self-employed, so when a booking is cancelled we have to give our commission back. Some months I’ve had zero income. Business started to pick up again in November and December as the vaccinations started. However, while we’re getting lots of enquiries, not many of them have turned into bookings. [Transport secretary] Grant Shapps is not helping with his comments about not booking holidays.

“I also have two allotments and I go down there on Saturdays and Sundays, and help out with new starters.”

You get very frustrated. I’ve been working on my business throughout, putting things on Facebook, and have not taken any time off. To try to generate business, I’ve been giving clients suggestions for tours in the US or Australia. I also have two allotments and I go down there on Saturdays and Sundays, and help out with new starters.

People’s enthusiasm rubs off on you. It has been horrendous, but you have to get on with it. If I’m feeling low, I head for the allotment or make jam and marmalade.