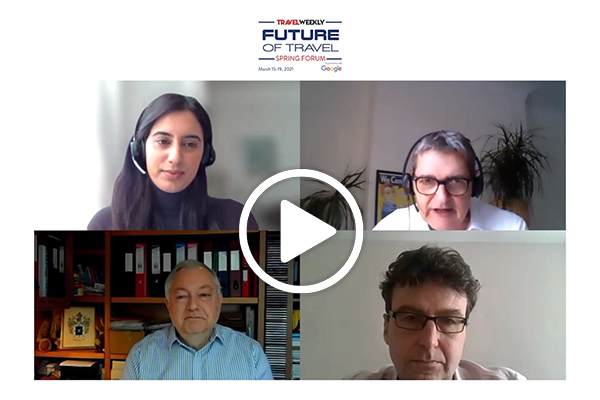 Digital vaccination certificates may not be ready for the summer restart of travel despite transport secretary Grant Shapps confirming the government taskforce which reports on April 12 “will introduce travel certification”.

Shapps told MPs last week the Global Travel Taskforce “will introduce travel certification by using schemes such as Iata’s Travel Pass or CommonPass”. Singapore Airlines began the first full trial of the Travel Pass mobile app on flights to and from London this week.

However, an industry source warned: “We’re not going to see a massive rollout of digital solutions for this summer. There is going to be a lot of paper still.”

Farina Azam, partner at Deloitte Legal, said: “Vaccination status is medical information so it’s sensitive personal data. The issue if it’s being transferred between numerous bodies [will be] is the data being transferred in a legally compliant way and not used for anything other than allowing travel?”

Speaking at Travel Weekly’s Future of Travel Spring Forum, filmed before the European Commission unveiled proposals to introduce a Digital Green Certificate from mid-June, Azam said: “There is also [potential] discrimination of people who don’t get vaccinated.

She added: “There are various reasons why people might not get vaccinated. It might be age, a health reason or their beliefs, all of which potentially are protected characteristics.

“A combined system of a vaccine passport and a negative test may be how you balance out potential discrimination.”

Azam noted a system could probably be developed quickly, but said: “We don’t want a situation where it moves quickly and then there are concerns around privacy and data sharing.

“You don’t want customers to lose confidence in the system.”

Abta director of membership and financial services John de Vial told the forum: “These are difficult issues.” But he said: “There are huge incentives on all stakeholders to work this out, and for volume destinations, that will happen quickly.

“I imagine there will be a choice – a route without vaccination. There will probably be extra burdens with that around quarantine and testing, and there may be costs linked to that. But if there is a choice that allows people to travel more easily, that has to be a good thing.”