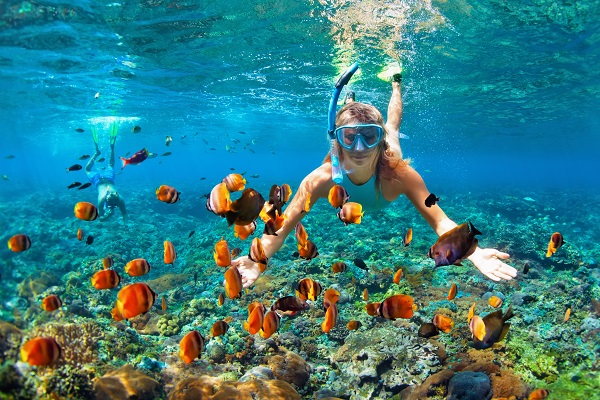 A price-driven recovery from the Covid crisis would be a “terrible move” because customers are willing to spend more on travelling “better”, say experts from the Asia Pacific region.

Speakers on a Path to Revival webinar hosted by the UK chapter of the Pacific Asia Travel Association (Pata) agreed customers were happy to spend more when they return to travelling to the region.

Sam Clark, chief executive of the Experience Travel Group (ETG) said data from a recent Aito survey found “people are planning to spend a lot more on their holidays” after Covid, “across the board”.

He said experiences were proving crucial, such as walking and wellness, adding: “There’s a definite move towards travel that counts and really makes a difference.”

Clark said driving a recovery based on offering cheap prices would be “a terrible move”.

“From what everyone is saying [holidaymakers] are looking for experiences, looking to get out,” he said. “We need to go for quality. We can’t dive straight back into volume and numbers again.”

He also noted that issues around sustainability had “not gone away” and is “playing more with customers now”.

“We need to remember than in destination there’s a bit of a rush to think about secure travel but destinations have to also think about customer experience,” he said, adding that the things that put people off booking were restrictions on moving around, as well as quarantine on return to the UK.

Pete Mills, partnerships and distribution manager for Tourism Australia for the UK and Northern Europe, said sustainability was “really high up” the agenda for the tourist board. “We’re definitely encouraging conscious travel,” he said. “Travelling better doesn’t necessarily speak to travelling cheaply.

“People have money they want to spend. They want to stay longer and spend better – and they are prepared to spend more on slightly better experiences as well.”

Michael Marshall, chief commercial officer of Minor Hotels, agreed. “From what we’ve seen so far, people are spending more in resorts” he said, adding upgrades and experiences had been “popular” with many customers focussed on wellness and sustainability.”

He added: “We definitely have an opportunity in the new normal to build on this experience opportunity and get people to take part in sustainable activities with the villages we’re located.”

Marshall noted a ‘jungle bubble’ experience in Thailand where guests can sleep in the company of elephants is “fully booked” and that in the Maldives “we haven’t had to go down the discount route.”  “People are looking at spending more and asking ‘what can I do?’,” he said.

Dale Keller, chief executive of the Board of Airline Representatives (BAR UK), said “the airline industry is raring to go,” noting a recent Iata survey that showed people are looking forward to travelling soon.

“All of the airline reservation systems and yield management systems have had a really challenge. They weren’t really designed for this mass impact on demand.”

But he explained: “Airlines can adjust capacity much easier than the hotel market. So you might see a much bigger variance in the hotel price than what you see in the airlines fixed ticket price.”

He said some hotels in destinations without huge air capacity might also look to add extra value with add-ons which may then “put the Airbnb market in difficulty”.

“It’s a really complex mix of influences which are going to determine how the industry shapes up,” he said.

In terms of capacity, he said the recovery would be “really variable”, noting current demand is only really from people visiting relatives with airlines operating at less than 10% of capacity.

He explained: “There’s a big difference between ramping up capacity when you’re already operating as opposed to those routes where the capacity has been completely removed and there’s no flight connection at the moment and it has to be started from scratch.

“A short-haul narrow-bodied multi-day operation is much easier to get up and running quickly than a long-haul route.

“The industry needs as much time as possible but with the pent-up demand we’re going to have to take a punt, put the capacity on and play a bit of cat and mouse and work out what comes first, the capacity or the demand.

“There will be some trialling out of routes, and some of that capacity might be put on and proves not enough and there might be some routes where capacity might have to be trimmed back because it doesn’t eventuate.

Keller added: “It takes two hands to clap – and unless the experience is linked at both ends travellers might not want to travel.”