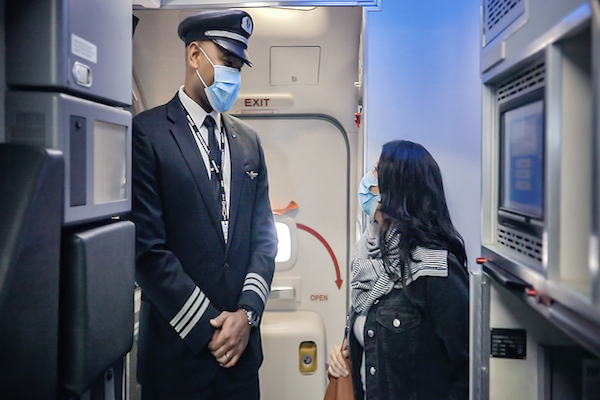 A new London-Seattle service is being introduced as American Airlines rebuilds its transatlantic network.

The carrier’s post-pandemic summer schedule includes the resumption of ten routes from Europe to the US.

The airline will also start serving Seattle with three flights a week from Heathrow on March 30 as part of an alliance with Alaska Airlines.

The Boeing 777 service will rise to a daily frequency from June 3.

The airline is adding Heathrow daily connections to Miami from March 27, plus Los Angeles and Philadelphia from March 28 in addition to existing routes to Dallas, New York and Chicago.

Philadelphia will also be served from Dublin with daily flights from March 28.

Non-essential travel from the UK is currently illegal but carriers such as Virgin Atlantic are pressing for the reopening of UK and US borders.

The UK’s Covid roadmap will see the revised Global Travel Taskforce make recommendations for relaxing travel restrictions on April 12 but no overseas holidays will be allowed until at least May 17.

American was the first US airline to introduce the VeriFLY mobile health passport alongside joint business partner British Airways.

EMEA sales vice president Tom Lattig said: “We will be here for when our customers are ready to fly.

“With cleanliness and safety top of mind, we have taken extensive steps to ensure it’s safe to travel.”