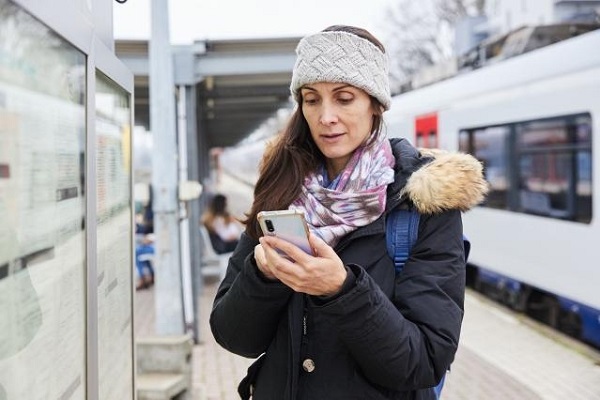 European and worldwide tourism groups have welcomed the European Commission’s proposals for an EU-wide Digital Green Certificate that records Covid-19 test results, vaccine status and recovery from the virus.

The World Travel & Tourism Council welcomed the proposals as “a major step towards the recovery” of travel and tourism “in time for the busy summer period”.

President and chief executive Gloria Guevara said: “This would provide a significant and much needed boost to economies and save millions of jobs and livelihoods.

“The onus is now on member states and the European Parliament to adopt this new initiative, and we urge them to take the necessary steps to implement it as a matter of urgency.

“The proposed Digital Green Certificate, along with enhanced health and hygiene measures and mandatory mask wearing, will provide the reassurance consumers need to book their trips and ensure the return of safe international travel.”

The European Tourism Manifesto alliance, a group of more than 60 public and private travel and tourism organisations, said adoption of the European Commission’s proposal was “vital” to preventing a fragmented recovery – but warned the initiative “on its own will not be enough”.

It reiterated its calls to produce an EU roadmap, including an EU taskforce, coordinating travel restrictions and reopening, and harmonising testing.

Chairman Eduardo Santander said: “The Digital Green Certificate proposal released today is a major step in the right direction. But time is of essence now. We need a clear plan outlining conditions and timing to prepare for the safe restart of travel and tourism in Europe to be ready for the critical summer season 2021! Europe should work on this together leaving no place for fragmentation and unilateral actions.”

The Irish Travel Agents Association (ITAA) said the certification is an “integral part” of creating “a common path to a safe and sustained re-opening” in Europe.

Chief executive Pat Dawson said “it can only be welcomed” and called on the Irish government to “move fast and start preparing for opening up safely” in response.

ITAA president Michael Doorley added: “This European Commission proposal charts the way ahead for a balanced policy and common EU approach, pointing to what needs to be done to advance the time when we can recover our European way of life, and do so in a safe and sustainable way with control over the virus.”

The European Travel Agents’ and Tour Operators’ Association (ECTAA) said the European Parliament and council should “fast-track discussions, reach an agreement on the proposal for a Digital Green Certificate, and agree an approach to a safe opening based on a solid scientific framework”.

It also encourages EU member states to “accelerate vaccination programmes, ensure that temporary restrictions are proportionate and non-discriminatory, designate contact points to collaborate on wastewater surveillance and report on efforts made, and launch the technical implementation of the Digital Green Certificates in view of the fast-tracked adoption of the proposal.”

Catherine Logan, regional vice president for Europe, said: “We are already witnessing some European countries opening up their borders with differing entry requirements and timelines.

“GBTA is calling for a European-wide solution to facilitate a consistent plan and avoid a fragmented approach across the 27 member countries.

“An EU-wide recognised certificate proposed by the European Commission will help to restart travel after a devastating year for the business travel industry, valued at $392 billion in Europe and $1.43 trillion globally in 2019.

“The need for a quick agreement and speedy, uniform implementation, based on data-driven decisions is crucial to the success of this proposal.”

Chief executive Steve Heapy said: “We have seen strong demand from customers in recent weeks, and as summer approaches they look forward to knowing more about how international travel will restart. They have waited a long-time for their holidays and are understandably very keen to get away.

“We welcome the fact that the UK government has shown a clear ambition to reopen international travel, and, like our customers, we look forward to clarity in the coming weeks so that we can get flying again. If this means introducing temporary measures, such as vaccine certificates, then we support them as long as they are exactly that – temporary measures.”

“Many ETOA members’ businesses are suffering their version of ‘long Covid” for the tourism Industry and the service economy which it sells.

“Every market says desire to travel is immense and that there is massive scope for last minute offers.

“There is rejuvenated domestic demand and a unique combination of low prices and low occupancy in Europe which will never be repeated.”

Which? Travel editor Rory Boland said: “If international travel resumes this summer, many people in the UK will be looking to head to destinations in the EU, and thousands have already booked.

“It is crucial that requirements for tests and vaccines are made clear well ahead of countries opening up, so consumers aren’t at risk of losing their trip and their money if they do not have the right tests or correct evidence of vaccination.

“It’s important that these rules and requirements remain consistent, as changing them could leave travellers footing the bill again and further risk undermining consumers’ confidence in booking a holiday.”