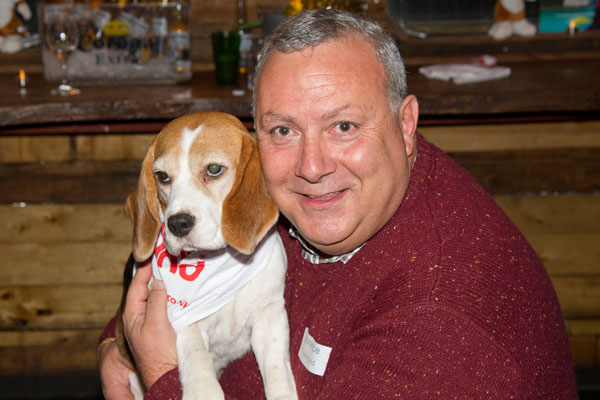 As well as helping TourHound’s growth, the recruits will support the company’s new B2C venture called TourHub and white-label projects.

Launched last autumn, Kickstart is a UK-wide scheme which provides funding to create new job placements for 16 to 24-year-olds on Universal Credit who are at risk of long-term unemployment.

The funding covers the National Minimum Wage for participants for 25 hours per week, over six months.

TourHound chairman Laurence Hicks said participants will include programmers working at the firm’s base in Cardiff, plus home-based account managers and social media executives.

“It will help that person with experience and makes a big difference to their CV.

“There are young, hungry technology and travel graduates itching to get experience under their belt.

“And we can get a litmus test of the quality of individuals while they are performing.

“If they shine, in six months’ time, we may be able to give them a role.

“It will be a great talent spotter.

“There are not enough opportunities for young blood to join any business, especially travel technology.”

He urged other travel companies to look at Kickstart opportunities but cautioned against seeing graduates as “cheap labour”.

“The graduates will want training, mentoring and equipment such as laptops,” he said.

Graduates are referred to TourHound by their job centres and since launching the scheme on March 25, the firm has received more than 20 recommendations.

Interviews will be conducted online and Hicks hopes the placements can start work in mid-April.

He said there are “big plans” for TourHound as the touring and adventure sector recovers from the pandemic.

But he said the sector must be patient as destinations around the world are vaccinating their populations at different speeds.

He doesn’t see much opening up for long-haul touring and adventure holidays until 2022.

Founded in 2017, TourHound now has 15 employees and received a “substantial” investment from Seamus Conlon in autumn 2019.

He said traffic and bookings are now returning to TourHound, as the touring and adventure sector recovers.

TourHound is also the preferred touring and adventure search partner for trade association, Atas – the Association of Touring and Adventure Suppliers.