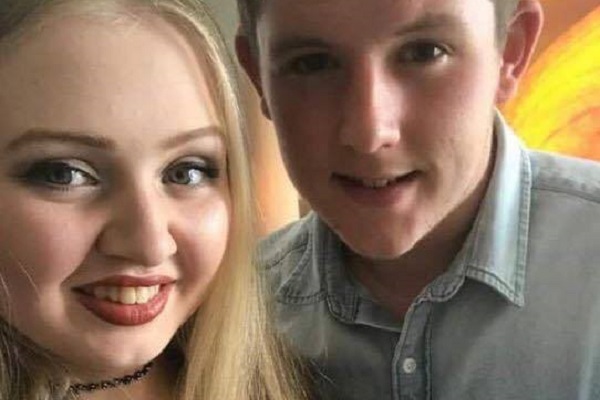 Hundreds of businesses and homes decorated their buildings pink and blue at the weekend in memory of Westoe Travel agent Chloe Rutherford and boyfriend Liam Curry.

The town of South Shields paid tribute to the young couple who died four years ago in the Manchester Arena bombing on what has become known locally as Pink and Blue Day.

Westoe Travel was among more than 300 businesses to support the event, which raises money for the Chloe and Liam Together Forever Trust. Chloe, 17, was an apprentice at Westoe Travel and died alongside Liam,19.

South Shields Town Hall was lit up pink and blue in the evening and flew the charity’s flag while people also wore the colours linked with the couple, who were described as “inseparable”.  The flower bed outside the hall was also full of pink and blue flowers.

Westoe Travel director Graeme Brett said: “The town hall looked fantastic and although restrictions meant there was no gathering, there was really good involvement from the community. We had blue and pink hearts in our shop window.”

He added that the day had been particularly important because of the impact of Covid on the usual fundraising events throughout the year.  “I think fundraising took a bit of a hit last year because of lockdown,” he said.

The charity, set up by Chloe and Liam’s parents to raise money for talented young people to achieve their ambitions in sport and performance, has paid out more than £250,000 with more than 130 grants.

Today we remember the 22 people who lost their lives at Manchester Arena and think especially of Chloe Rutherford and Liam Curry. We send all of our love to their families pic.twitter.com/iAABsH40i6