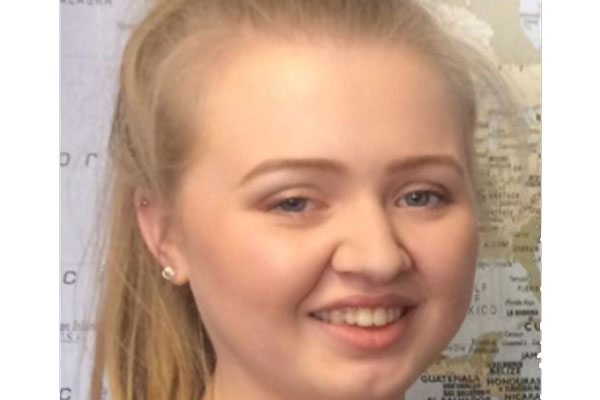 Tributes have been paid to the 17-year-old travel agent apprentice Chloe Rutherford and her boyfriend Liam Curry, 19, who have been named among the 22 victims of the Manchester bomb attack.

Staff at Westoe Travel in South Shields, where Chloe worked, described her as “part of their family”.

Chloe was due to start full-time work at the branch in June.

A statement form the travel agency read: “We have now had the devastating news that Chloe Rutherford and her boyfriend Liam Curry have been taken from us at such a young age.

“It is something we will never be able to understand.

“When you watch these events on television you never expect them to impact on those around you.

“As a small family business, Chloe was part of our family, working part time as she completed her College studies before starting full time with us on 26 June to begin her Travel Apprenticeship.

“We loved her friendly happy personality and she was a great asset to Westoe Travel
and had a great future ahead in the travel industry which she was really looking forward to.

“Liam would meet her from work and they were a perfect loving couple.

“The families have lost two beautiful young people who were a credit to them and our thoughts and prayers go to both families at this terrible time.”

Crowds have gathered in South Shields for a minute’s silence in memory of Chloe and Liam while other have laid flowers in their honour.

The couple was described as “perfect in every way for each other” by their relatives in a joint family tribute released through police.

“They wanted to be together forever and now they are”, it added.

The statement, posted on Facebook, said the couple “lived to go to new places together and explore different cities”.

Chloe described herself as “ditzy”, her family said, while Liam “would do anything for [her], including dealing with Chloe’s demands for chocolate”.

Tributes have also been paid on social media.

Posting on Facebook group Travel Gossip Jose Cofone wrote: “Sad to see the news that Chloe and Liam have been confirmed as victims of this cowardly attack. RIP. My thoughts go out to all their friends and family.”