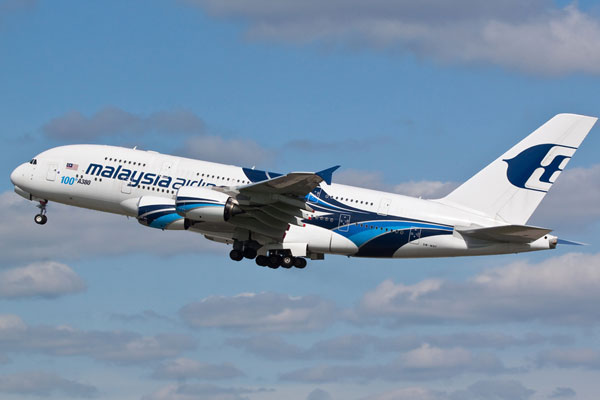 A Malaysia Airlines fight was forced to return to Melbourne after a passenger tried to enter the cockpit and threatened to blow up the aircraft.

Reports say the man appeared to be drunk and attacked a member of the cabin crew shortly on the flight after take off from Australia to Kuala Lumpur.

The suspect was detained by passengers and crew members and restrained using seat belts and makeshift handcuffs, according to The Telegraph.

Witnesses hailed their three fellow passengers as heroes for their role in confronting the man.

The BBC said Melbourne police have confirmed the 25-year-old suspect had recently been released from a psychiatric facility.

According to reports the man was carrying a large cylindrical object that turned out to be a power bank.

He insisted that he needed to see the captain and when prevented from doing so shouted: “I’m going to blow up this plane.”

A witness told the Australian 3AW radio: “We literally took off, ten minutes into the take off, and I was sitting in business class 4A seat, and I could hear this idiot saying that he wanted to go in and see the pilot.

Flight MH128 returned to Melbourne’s Tullamarine Airport “after the operating captain was alerted by a cabin crew of a passenger attempting to enter the cockpit”, a statement from Malaysia Airlines said.