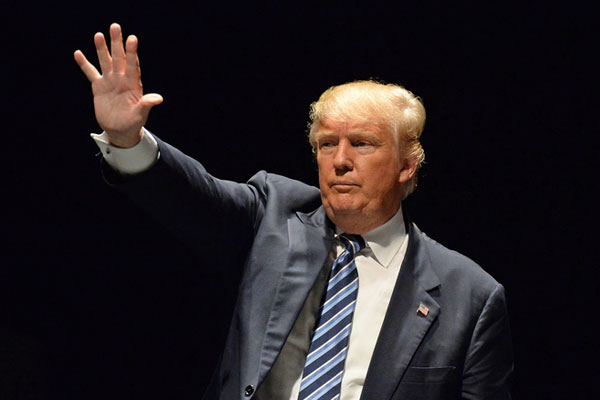 North America tops a list of overseas regions Britons most want to visit despite the ‘Trump factor”.

Almost a quarter of people said that a trip to the US would be their top travel destination if cost was not an issue, according to a new poll.

The second most desired region was Oceania and Australia followed by Europe, Asia and South America.

The average person goes away twice a year at a cost of £1,347.33, representing around 5% of the average UK salary, the study reveals.

But almost a third of consumers (29%) do not save up beforehand despite spending £137 billion on holidays a year.

Those from the West Midlands are the least daring travellers with almost a third (32%) preferring to visit somewhere they have been to before.

The most adventurous come from the North East of England and Wales, with 74% and 73% respectively preferring to go somewhere new, followed by those living in Northern Ireland and London.

More than half of the 2,000 people surveyed said they go away on holiday to “escape day-to-day life and experience new cultures”.

At the other end of the scale a small number of respondents (3%) admitted they like to take breaks solely so that “they can show off on social media”.

The research also found the average person has been to 10 countries, with nearly two thirds (63%) choosing to go somewhere new over a place previously visited.

Starcom UK chief executive Pippa Glucklich, said: “As a nation we are becoming far more adventurous in the number places we like to experience and as innovation in the travel sector continues to grow, it’s likely we’ll see continued variances in our holiday habits as more choice for holidaymakers emerges.

“Our research also provides us with a great snapshot into how much of our hard-earned cash we are prepared to part with every year.

“Despite the continued economic and political uncertainty, it’s by far one of the most valuable and important experiences we prioritise.”