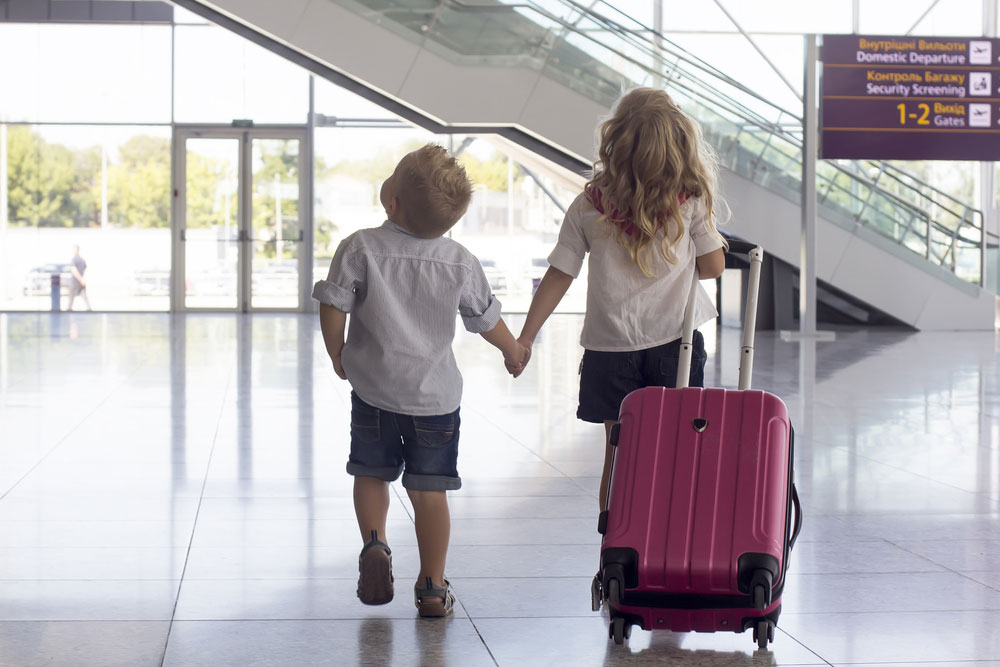 British children of today are six times more well-travelled than their grandparents.

New research reveals that 70% have travelled internationally by the age of five compared to just 12% of baby boomers by the same age.

A quarter of 18- to 29-year-olds went on their first international holiday by the time they were just two years old, but 43% of baby boomers had not travelled internationally by the age of 18, according to a poll of 2,000 people by OTA eDreams.co.uk.

By the age of 12, 83% of millennials had visited an international destination compared to just 30% of baby boomers.

And by the time the average Millennial turned 18 they had been on 20 holidays, both within their own country and abroad – twice as many as baby boomers who had only been on 11.

People are also flying long haul at a younger age now, with just 4% of baby boomers frequently holidaying to far away destinations as a child compared to 17% of millennials.

Almost a quarter (24%) of Britons frequently travel to long-haul destinations compared to 17% across Europe.

Overall, 43% travel more today than they did 10 years ago.

The reason for this is according to 45% is that they believe they have more disposable income to spend on travel, with the average person spending 14% of their pay on holidays.

This supports recent research by ONS, which found that UK residents spent 12% more on visits abroad in 2016 compared to 2015.

Additionally, a further 45% claim the reason they travel more today is due to increased accessibility. There has been a 27% increase in bookings made via OTAs in the past decade.

Robert McNamara, head of UK and group external affairs at eDreams, said: “People are travelling internationally more and they’re starting to do so at a younger age as travel has become more and more accessible.

“The rise in online booking and online travel agents is evidently a key factor in this increased accessibility.

“Travellers now have the ability to browse flight times, hotel options and destinations and book at the touch of a button, at home or even on the go, meaning more people are booking holidays than ever before.”