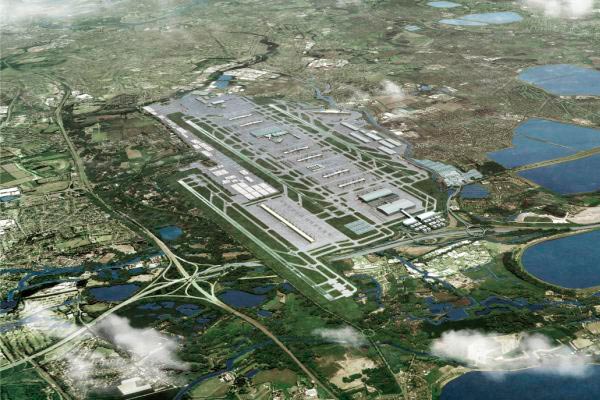 The cost of flights may be pushed higher to cover the financial risk of delays or construction problems on Heathrow’s new third runway, it has been claimed.

The airport is seeking the right to make airlines and passengers contribute to any unexpected cost overruns or engineering problems on the £18.6 billion project.

In an official filing to the Civil Aviation Authority, Heathrow asked the regulator to factor risks from building the 3,500 metre runway across the M25 into the charges it is allowed to claw back from carriers, the Sunday Times reported.

Although Heathrow insisted that landing charges would remain close to current levels, industry experts said there were few credible alternatives.

The hub’s biggest user, British Airways’ owner International Airlines Group, has warned the move will lead to charges doubling from about £40 to £80 for a return ticket.

Europe’s busiest international airport, which is owned by mainly overseas investors, wants higher charges to help cover risks including construction delays; lack of interest from airlines in taking up new landing slots; financial markets turning against the airport, leading to a downgrade of its credit rating; higher debt costs; and a political change of heart on the project.

Heathrow recovers the cost of any new infrastructure through airline charges, which are usually passed on by the carriers to passengers in calculations approved by the CAA.

Heathrow’s demand was contained in a document submitted earlier this year.

The airport said in the submission that its investors were not “seeking special treatment or risk-free rewards. However, unlike a private enterprise in an unfettered market . . . these risks do need to be addressed or compensated for in the regulatory return”.

Heathrow was told to keep charges “close to current levels” when the government gave permission for the runway in October. While the airport insists it is cutting costs to adhere to this demand, experts said that shifting risks onto travellers would inevitably force up charges.

Martin Blaiklock, an independent infrastructure expert, said the only way Heathrow could keep charges flat would be to significantly increase the number of people going through its terminals.

“Anyone using Heathrow today will view such a boast with some scepticism,” he told the newspaper.

“The responsibility for delivering the expansion to time, cost and specification should be left to Heathrow alone, with no
payment from passengers for the expansion until the project is available for use.”