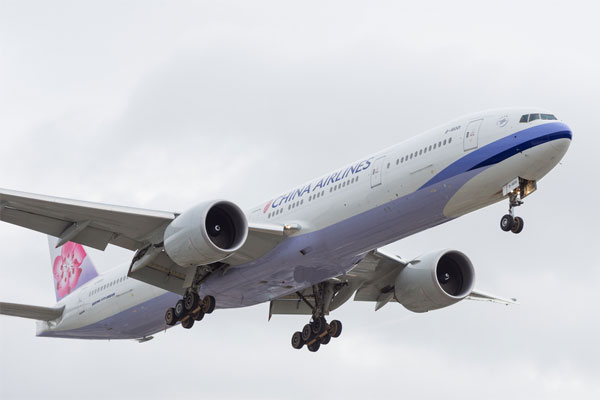 Taiwan’s national carrier China Airlines is returning to the UK following a five year absence with a new service from Gatwick.

The non-stop service using a new Airbus A350-900 will run four times a week to Taipei from December 1 with a flight time of 13 hours.

The aircraft will carry up to 306 passengers in a three class configuration, offering premium business, premium economy and economy cabins.

The airline previously operated a route between Heathrow and Taipei, from 2010-2012, and has operated a service to Amsterdam with an onward connection to London via a codeshare with KLM since.

The SkyTeam global airline alliance member operates flights to destinations across Asia, North America, Europe and Australia, with a fleet of more than 80 aircraft.

Senior vice president, Europe, Roger Han, said: “We’re incredibly excited to be returning to the UK this year, making travel between the UK and Taiwan that much more simple and accessible/.

“By offering the only non-stop service between these two countries, we hope to welcome travellers who may not have considered Taiwan as their first outbound destination previously.

“Furthermore, our route network offers a wonderful array of destinations throughout Asia or onward to Australia for British travellers to enjoy.”