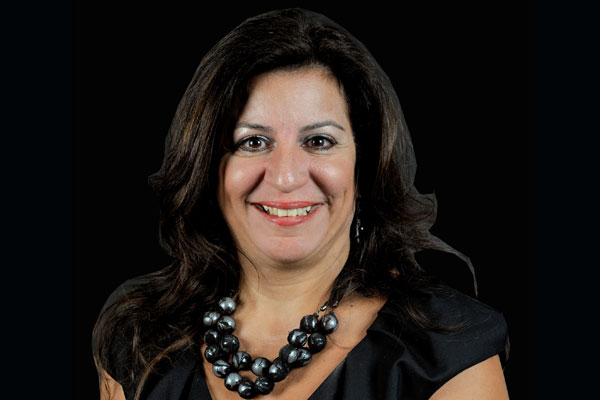 Pittordis, who enjoyed a successful career with the company for 30 years, had served as head of marine, trade and energy since 2008.

Her colleagues described her as “driven, caring, funny and indefatigable.”

Pittordis was globally acknowledged as a leading figure in the personal injury and regulatory sector. She advised on high profile cruise and ferry casualties such as the Bowbelle/Marchioness, the QE2 grounding, Achille Lauro, and Costa Concordia, as well as inquests, including the terrorist attacks in Tunisia on the Bardo Museum and the Sousse resort, and the carbon monoxide deaths in Corfu.

She was born in 1962 at King’s College Hospital, London to Pantelis and Joanna, who came to London from Cyprus in 1960. She was the first born and sister to Stelios and Jenny.

Pittordis attended Haggerston Girls’ Comprehensive School in Bethnal Green in and was the first pupil at the school to attain 10 O Levels and four A Levels before going to Queen Mary University of London to study law.

She was one of the first in her family to go to university and establish a professional career.

After qualifying as a barrister, she worked at 12 King’s Bench Walk. She left the Bar in 1987 to join Hill Dickinson’s London office, and was made partner in 1992. She oversaw a team of more than 150 people across eight offices.

Pittordis defended a UK class action claim involving a Norovirus outbreak onboard a cruise liner. The landmark case, which remains the only successful defence of a Norovirus claim in a group action, saw her acknowledged as an industry leader on gastric illness claims across the travel sector and named Defendant Personal Injury Lawyer of the Year 2016 at the Eclipse Proclaim Personal Injury Awards and again at the 2017 ACQ Law Awards.

She was frequently sought after as a commentator on this topic and featured regularly in both the trade and national media.

Highly regarded by industry peers, she was loved by colleagues and clients alike for her dynamic nature and sharp wit. On the day of her passing, she was named in legal directory guide The Legal 500 as a leading lawyer for travel in the UK, a title which she was given year-on-year.

Maria also advised a number of industry associations such as Clia and UK Chamber of Shipping. Earlier this year, she attended a round table meeting as one of only four expert maritime lawyers invited to advise the government as part of its Brexit withdrawal preparations on the potential effects of Brexit on the maritime sector.

Away from work, she enjoyed travelling and spending time with family including her beloved husband Takis and three sons Dino, Yiannis and Pantelis.

They both attended the same wedding but met properly when her sister Jenny arranged a dinner party where she and her future husband were the only guests.

Her most cherished role was that of wife and mother, speaking often of her love for Takis and her boys and their unwavering support of her career.

Paying tribute, David Wareing, chairman at Hill Dickinson, said: “Maria was formidable, driven, indefatigable and commercially astute but most importantly she was human. She was funny and caring in equal measure and we were fortunate to be able to call her a colleague and a friend. Her legacy will live on through all those of us within Hill Dickinson and outside whom she has inspired, supported, helped and cared for over the too short years of her life. All our thoughts are with her family at this time.”

Since Maria’s passing on October 11, a book of condolence has opened online where messages and photographs can be shared.

A memorial service will be held on Monday November 27 at 3pm, at St Botolph without Aldgate, Aldgate High Street, London, EC3N 1AB.

The service will be followed by a reception at Gibson Hall, 13 Bishopsgate, London, EC2N 3BA.

The book of condolence can we found here