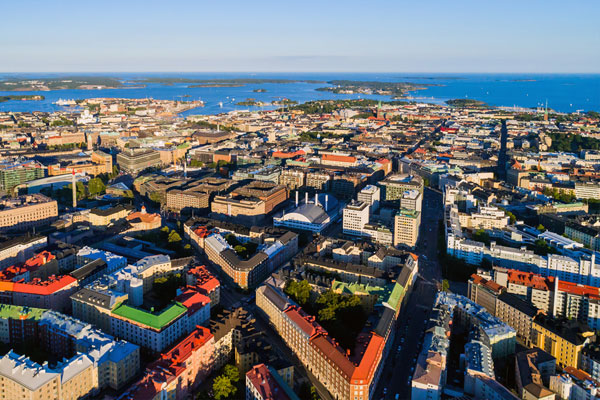 Finnair is hiking capacity between Manchester and Helsinki by 12% over the winter due to passenger demand.

More than 2,700 extra seats will be made available with certain flights operated by Embraer regional jets being flown by larger capacity Airbus A319 and A320 aircraft from December.

Finnair’s twice daily flights from Manchester are timed to connect via the airline’s Helsinki hub to five airports in Lapland.

The carrier is adding four weekly frequencies to Rovaniemi operating on Wednesdays, Fridays, Saturdays and Sundays, operating the route up to five times daily from Helsinki between January 1 and March 24.

Kuusamo will see a 23% growth in seat capacity with three additional weekly frequencies operating on Mondays, Saturdays and Sundays.

A daily triangle service, which operated between Helsinki, Ivalo and Kittilä in the afternoon last winter, will now be operated as non-stop flights on both the Helsinki-Ivalo and Helsinki-Kittilä routes.

Return flights between Manchester and Lapland, via Helsinki, start at £282 per person including taxes. Manchester to Helsinki returns lead in at £182.

UK, Ireland and Benelux general manager, Andrew Fish, said: “There is increased interest towards Finland and especially Lapland as tourist destinations, and we are pleased to be able to offer even more capacity between Manchester and Lapland via Helsinki in response to passenger demand.

“During the winter schedule this extra capacity will also benefit passengers wishing to book flights between Manchester and Asia via Helsinki, taking advantage of our short connection times and award winning Nordic on board service.”

“This growth is a clear response to passenger demand to fly from the UK’s global gateway in the north. I am sure the 22m passengers in our catchment area will be happy with this news as they look to access Finland, and the excellent onward connectivity provided by Finnair.”