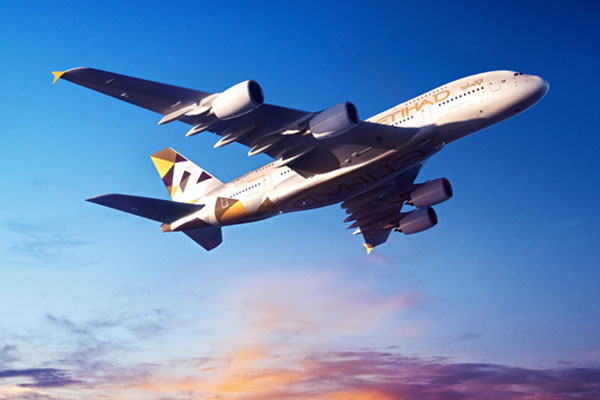 A Middle East airline was today named as the preferred airline for flying English athletes to the 2018 Commonwealth Games in Australia.

Etihad Airways, the national flag carrier of the United Arab Emirates, is set to fly Team England to games on the Gold Coast of Queensland.

Etihad Airways will fly more than 650 Team England athletes and support staff to Australia next year.

Team England preparations begin in Brisbane with a holding camp from March 19 with the games starting on the Gold Coast on April 4.

Etihad runs 33 connecting flights a week to Australia from London, Manchester and Edinburgh. The airline has flown more than 65,000 passengers from the UK to one of four Australian airports, Brisbane, Sydney, Melbourne and Perth, in the past year.

The airline’s UK general manager James Harrison said: “Etihad Airways is proud to be the preferred airline for Team England. The UK market is very important to us. We operate to 13 Commonwealth countries and will have flown a record half a million Britons via Abu Dhabi and beyond in 2017.

“The Commonwealth Games will be hugely inspirational and we look forward to helping Team England achieve their dreams in 2018.”

Commonwealth Games England chief executive Paul Blanchard said: “Etihad’s support shows that there is a real appetite amongst the most prestigious companies in the country to get behind England at the Commonwealth Games.

“It’s fantastic to know that with Etihad, Team England will be in best possible hands on our journey to Australia.”