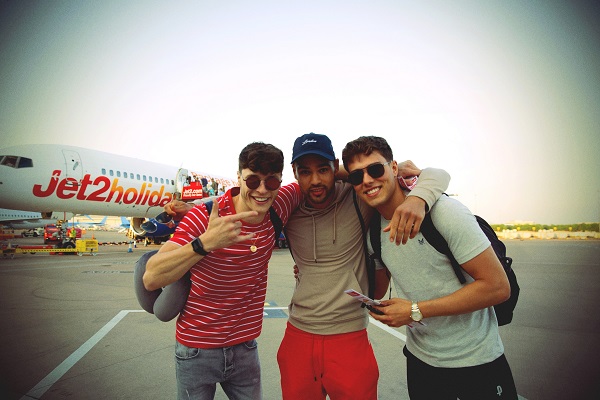 Jet2holidays has been named the brand partner of reality dating show Love Island, which is back for its fourth series.

It means the operator is the designated official travel partner of the show, which sees singletons flirt and attempt to find love on a remote island.

This year’s series, which begins on ITV2 at 9pm on Monday June 4, will see the contestants dropped off at a villa in Majorca.

Last year’s series had ITV2’s highest ever ratings and won a Bafta.

Jet2holidays will reach out to the Love Island audience through commercial competitions, TV and digital advertising, social media, and a dedicated microsite hosting exclusive content.

The company will use the slogan “Love the summer vibe with Jet2holidays and Love Island” for the duration of the series.

A series of bespoke advertisements to support the partnership have been filmed in Majorca. Ads have been filmed from the perspective of a friend’s camera, and follow a groups’ holiday through the lens, similar to Jet2holidays’ TV ads to the tune of Jess Glynne’s song Hold My Hand.

Four summer vibes are captured in the ads – Party, Chilled, Culture and Active.

There are also competitions for viewers to win tickets to the Love Island Live final and a Jet2holiday for two people to Majorca will be up for grabs each week throughout the series.

Steve Heapy, chief executive of Jet2.com and Jet2holidays said: “Love Island was one of the most popular and talked about TV shows last summer, and it looks like this summer will be no different.

“Working in partnership with such a high profile programme means we can showcase the fantastic range of holidays we have on offer for young people.”

Claire Heys, ITV brand partnerships and content director, said: “Love Island is synonymous with a hot and sunny holiday so I’m delighted to welcome Jet2holidays as a show partner.”