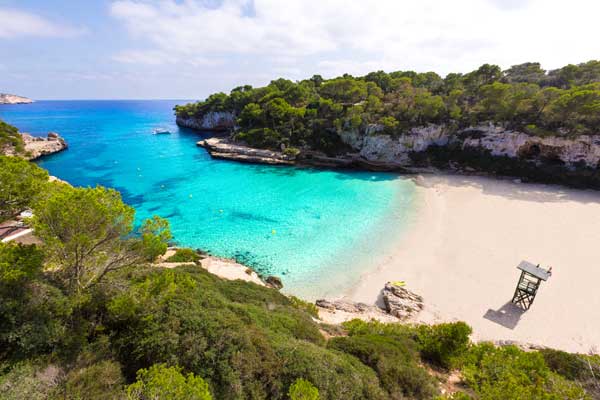 Spain is the clear winter sun winner for British holidaymakers with Turkey re-emerging as among the fastest growing destinations.

The findings are revealed in research by On the Beach which found that the Canary Islands, resorts across mainland Spain and the Balearics are attracting more bookings than any other destination over the winter.

Turkey is one of the fastest growing winter sun countries for winter 2018-19, overtaking both the Algarve and Greece from last year’s top ten.

Completing this year’s most popular winter sun destinations are Malta, Morocco, Egypt and Cyprus, according to booking data at On the Beach.

La Palma – one of the smallest Canary islands – is offering the best value for money tis winter, followed by the Costa de La Luz on the Andalusian coast of Spain.

Destinations such as Izmir in Turkey, mainland Greece, the US and UAE were found to be cheaper this year compared to last winter.

There is also growing demand from holidaymakers wanting to travel from their local airport, with number up 29% from Aberdeen over last year, with Leeds Bradford up 4% and Cardiff by 2%.

On the Beach marketing director Alan Harding said: “With many predicting a bleak winter here in the UK, millions of Brits are set to jet off to warmer climes and with temperatures of around 20 degrees Celsius, low rainfall and longer hours of sunshine – as well as short flight times from the UK – Spain is the overall winner this winter sun season.

“However, our booking data shows that Turkey really is back, with more and more Brits choosing the destination as the perfect place to get some sun during the UK’s dark, winter months.”

“Many holidaymakers are jetting off to long-haul destinations this year such as the Dominican Republic and Mexico, and for those looking for a great value holiday a little closer to home, there are some fabulous deals to hot spots such as Turkey, Greece and the Canary Islands.”