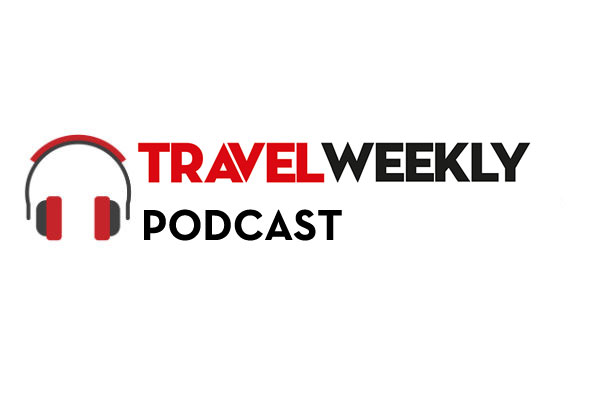 The whole travel industry has been ‘wounded’ by the Covid-19 pandemic, but memories are short and that, after months of isolation, holidays will become more valuable than ever, Lucy Huxley hears.

We take stock of health secretary Matt Hancock’s admission that ‘it’s unlikely that international holidays are going to be possible this summer’, plus all-inclusive operators reveal reopening plans and post-pandemic hygiene measures.

The two differing sides of the travel refund debate were brought together by Travel Weekly on a recent Webcast. Editor-in-chief Lucy Huxley was joined by Which? travel editor Rory Boland, and by Alistair Rowland who is both Abta chairman and Midcounties Co-operative’s chief retail officer for specialist businesses.

Episode 32 – Your coronavirus questions answered
With so many questions surrounding coronavirus and its implications for the industry, on this episode we have used the audio from a recent Facebook Live Q&A we held here in our offices with Abta’s director of legal affairs Simon Bunce, Kuoni senior sales and operations manager Brad Bennetts and Travlaw senior partner Matt Gatenby.

The video proved hugely popular and we received dozens of questions from our readers, so we thought it would be useful to broadcast through another medium to make sure even more of you can access the advice from our expert panel. The session was moderated by our editor in chief, Lucy Huxley.

Episode 31 – Coronavirus: how serious is it and what impact will it have long term?
Amie Keeley and Ian Taylor discuss the ongoing coronavirus outbreak, plus Tui’s ‘best January’ ever and why there will be a return to uncertainty later in the year as the Brexit deadline approaches.

Episode 30 – The Globes: Diva hosts, Smurfs and wardrobe malfunctions
With a celebrity host to manage, twelve hundred guests to keep happy and 3,600 plates of food to serve, organising the Globe Travel Awards is no mean feat. So what actually goes into getting the industry’s biggest event of the year off the ground?

We find out all from the lovely Linda Lucas, our events director. Linda and her team are responsible for everything that happens on the night from booking the host to engraving the trophies.

Episode 29 – Turn-of-year TV travel ads reviewed
Who shone and who flopped with their turn-of-year TV advertising? Marketing and PR experts Steve Dunne and Phil Bloomfield join head of news Amie Keeley to review travel companies’ efforts in what was a bumper year for TV advertising.

Episode 28 – Was 2019 a good or bad year for travel?
It’s been a year dominated by uncertainty as the UK battled over Brexit. Other key events and themes to shape 2019 were overcapacity, sustainability and the collapse of one of the industry’s travel giants. Ian Taylor and Amie Keeley take a look back at the year and share some predictions for 2020.

Episode 27 – John and Irene Hays
We spoke to the ‘heroes of the high street’ who are fast becoming a household name after making their swoop for the entire Thomas Cook retail estate. Hays Travel managing director John Hays and chair Irene Hays tell us first-hand how and when the acquisition came about and the overwhelming response from the public.

Episode 25 – Hays Cook deal, Peter Fankhauser and Brexit
We return after a brief hiatus following the collapse of Thomas Cook to discuss Hays Travel’s takeover of its retail network and we dissect former Cook CEO Peter Fankhauser’s appearance in front of the select committee. Plus, we reflect on the mood at this year’s Abta Travel Convention and get Ian Taylor’s take on Brexit.

Mills discusses the collapse of Court Line in 1974 which affected 50,000 customers and led to the creation of the Air Travel Reserve Fund Act, and other big stories of the day. Plus, he reminisces about the old newsroom days where a packed drinks cupboard and indoor cricket came as standard…

Episode 23 – BA strikes and Thomas Cook rescue deal
We discuss the fallout from the planned BA strikes, (and why Ian Taylor thinks the airline is “just like Margaret Thatcher”) and look a bit deeper into Thomas Cook’s £900m rescue deal, plus hear why Travel Weekly is the new Friends Reunited…

Episode 22 – Super Break, Tui and Thomas Cook
Amie Keeley and Ian Taylor discuss the biggest stories of the week, including the potential resurrection of Super Break, Tui’s latest financial results and why Thomas Cook is seeking an extra £150m from bondholders

Episode 21 – On The Beach’s Simon Cooper
Founder and chief executive of the leading online travel agent reflects on his journey to the top and talks about his plans to move into other markets, plus why flexibility in volatile times is key.

Episode 20 – Thomas Cook: future secured?
Thomas Cook’s future is looking a lot more certain following the proposed £750m takeover by Fosun and the banks. But what will it actually mean for shops, staff and consumers? Plus, we discuss the implications of the multi-million pound fines handed to BA and Marriott and the latest holiday booking data.

Episode 18 – Is the aviation sector in turmoil?
With airlines scaling down profit forecasts left right and centre, is the sector in turmoil and will there be more failures? Aviation analyst John Strickland gives us the inside track on what is really happening and shares some predictions for the future. Plus, we discuss some of the main headlines from the world of travel.

Episode 17
We discuss what a future Thomas Cook could look like with Travel Weekly executive editor Ian Taylor and during our 50th anniversary year we catch up with former editor Jeremy Skidmore who was at the helm during the 1990s.

Episode 16
James Ferrara, the boss of the much-talked about homeworking group, Inteletravel, responds to some of the negative reaction the business has received since it entered the UK market. Plus, Andy Washington, formerly of dnata travel and Expedia, and now at Culture Trip, gives an update on when we can expect the site to start selling holidays.

Episode 15
Who might buy Thomas Cook? We speak to a city analyst about potential bidders for the travel giant on the latest episode of the travel Weekly podcast. Plus, we catch up with the bosses of Norwegian Cruise line Holdings and AmaWaterways who were inducted into the British Travel and Hospitality Hall of Fame this week.

Episode 13
What do a leading travel agent and the boss of an online deals site make of Brexit, market conditions and Thomas Cook? Lucy Huxley spoke to Miles Morgan and Icelolly.com’s Richard Singer to find out.

Episode 12
We catch up with Derek Jones and Dean Harvey from Kuoni, who talk about marketing plans for the year ahead, its latest Travel Trends Report and how the brand is optimising its shop network.

Episode nine
Is the ‘grey pound’ on the decline? We catch up with Silver Travel Advisor’s Debbie Marshall to talk about the latest trends in the mature market, plus why older people shouldn’t wear their glasses round their neck…

Episode eight
We catch up with If Only’s Andy Freeth and Gordon McCreadie ahead of The Globe Travel Awards. The pair talk about what they’ve been up to since joining the trade-only operator last year following their controversial departure from rival businesses, Gold Medal and Travel 2.

Episode seven
On this episode we invite PR and marketing experts Steve Dunne of Digital Drums and Sarah Johnson from Lotus to give their verdicts of this year’s turn-of-year TV ads, from Disney’s heart-warming ‘Little Duck’ to Kuoni’s ‘Travel worth talking about’ featuring its own high street agencies.
Watch the videos here

Episode six
Penny Smith was the face of breakfast TV show GMTV for 17 years and has presented for Sky News, Classic FM and BBC Radio. More recently, she has been exploring the world as Travelsphere’s travel ambassador and she was one the guest speakers at this year’s Association of Touring and Adventure conference.

Broadcaster and journalist Penny Smith tells editor Lucy Huxley about her experience of group touring and shares her top tips for crossing the road in India.

Episode five
We catch up with Ellen Bettridge, president and chief executive of Uniworld, who started her career as a ‘girl Friday’ for a small family travel agency. She went on to forge a highly successful career in the cruise industry, holding senior roles at both Azamara and Silversea before being appointed boss of one of the leading luxury river cruise lines.

She tells us about upcoming plans for the line and explains its decision to lift the age limit on its youth brand, U by Uniworld.

Episode three
Blind world traveller and founder of tour operator Traveleyes Amar Latif features on our latest podcast. He shares his story of overcoming his disability to seek out some of the most hair-raising experiences and his take on how the industry caters for disabled travellers.

Episode one
The first episode features Abta chief executive Mark Tanzer, who discusses the themes of this year’s Travel Convention in Seville and answers questions from agents, and the outgoing and incoming chairs of Atas, Giles Hawke and Paul Melinis.

The pair talk about what’s in store at this year’s Atas Conference on October 22 and the future of touring.

Feedback and suggestions should be emailed to amie.keeley@travelweekly.co.uk