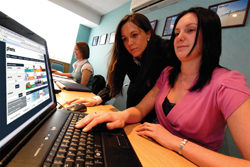 Now may not seem like a good time to go it alone. But if you have the experience and ambition to take the reins of your professional destiny, then franchising is looking increasingly attractive in the face of job insecurity and diminishing options for raising capital.

Despite the recession, 90% of franchises returned a profit in 2008, and the number of UK franchises increased 3.6%, according to the 2009 NatWest/BFA Franchise survey published by the British Franchise Association.

The resilience of the model is evident at Global Travel Group, which is enjoying a boom in its franchise operation, with nine new franchisees joining in 18 months.

Similarly for Thomson, which works with two major franchise partners Bowens and Just Go, the appeal for agents is clear.

“Another advantage is having the familiarity of a large brand behind them so they gain widespread brand recognition,” she added.

The scheme allows those new to the trade to get into travel – providing they have at least one ABTA person on board – at what the company said was a reasonable cost of about £14,500, or £8,500 for a home-based operation. Both fees include first-year costs.

“Sometimes, franchises have such a big upfront payment that it makes it difficult, in the early years, for a franchisee to return a profit.

“We take a mid-term view of taking on partners,” said Rowland.

For experienced travel consultants or managers planning to branch out on their own, Co-operative Travel has options that allow a no-cost start-up for either a home-based operation in its Future Travel business or full agency in The Freedom Travel Group.

Meanwhile, agents planning to move into the franchise sector can choose a franchise partner to suit their needs and ensure they get plenty of return from their initial financial input.

Franchisers offer a number of benefits, including cheaper products, while offering agents the freedom to determine their own mark-up; for example, 24-hour technical support for broadband connection, and training and marketing – something that can be unchartered territory for a new business owner.

The best franchise partners will value agents’ experience and any innovations they bring to the table. Thomson, for example, is aware of the value to its bottom line offered by independent agents who have their fingers on the pulse.

The spokeswoman said: “Independent agents have excellent knowledge of their local market, while they also increase our brand presence in a geographical area.”

Other than initial capital and experience, Rowland said would-be franchisees need the right mindset to make their franchise successful.

“You need your head in the right place – you are not part of a shop run by someone else – you need to be aware that you are running your own business and you need to be clear about how you want to run it,” Rowland said.

Director of franchise exhibition The Franchise Show, Simon Chicken, agreed it is essential to view the enterprise as your own. “A good franchise should be treated like your own business: you work really hard to build up a business, and a good franchisee will have an exit strategy,” he said.

“The caveat is that the franchiser would want to ensure it is sold to the right person, and may insist it gets first refusal to buy it themselves.

“But it shouldn’t be seen that you buy the franchise, work your socks off for 20 years, and give it back to the franchiser,” Chicken added.

Ultimately, the beauty of franchising means it is the agent’s business, to sell, to retain – or even to expand it.

Talk to banks for help

Although starting a franchise might not come cheap, there are some banks that are willing to help shoulder the burden.

Director of franchise exhibition The Franchise Show, Simon Chicken, warned that franchises can require an initial investment of up to £50,000, although the franchiser does not make its profit from the initial payment.

“Franchises do not make their money through franchisees’ fees – that’s just to cover the cost. Often, they’ll take annual commission or a percentage.”

The good news is you are likely to get support from banks. “People forget that if you buy a franchise for £20,000, you often don’t need £20,000 – you need a percentage and the banks are likely to make up the difference.

“The three big banks – LloydsTSB, HSBC, and NatWest– which specialise in franchising, are keen to lend money to people buying a franchise because they have got the highest percentage success rate.

“The statistics show that one in four businesses fails in the first year. But with franchises, it’s about a 95% success rate, and nine out of 10 are successful after five years,” Chicken said.