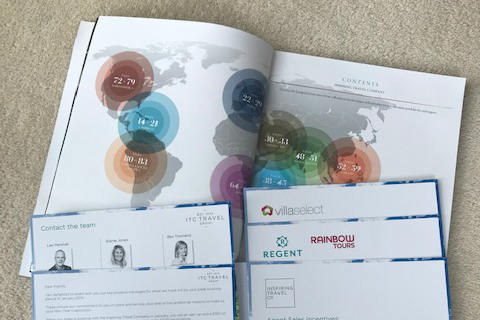 Inspiring Travel Company is to spend more than £100,000 on its turn of year promotions with television advertising and its first peaks campaign packs for travel agents.

The luxury operator is sending out personalised sales packs to 500 agents with details of its latest sales incentives for the peak sales period, including price reductions of at least £500 per booking and fam trip prizes. It will continue its pledge to offer the best price first.

Agents can earn up to £600 – its highest ever incentive – on bookings made in January, which includes an extra £100 on all bookings with a value of more than £10,000. Agents booking sister brands Regent and Rainbow will be entered into a draw to win places on once in a lifetime trips to Africa and Lapland.

The luxury tour operator will run TV adverts, first launched in October, as part of the campaign. These run on Channel 4 from Boxing Day, and feature an agent call to action.

Lee Marshall, director of agency sales, said: “This is the first time we’ve put together a campaign in support of the peak selling period.  Our aim is to offer agents a combination of best price, best service and best rewards in the New year.  We want agents to make us their new year’s resolution.”

For 2019, the operator is also planning regional agent advisory panels and events such as a summer drinks party at The Shard and its awards ceremony at The Ritz.

It has 12 overseas educationals planned next year to destinations including Borneo, South Africa, the west coast of the US, the Caribbean, Finnish Lapland and a special agents and kids trip to Europe and VIP trip on board Silversea.

ITC’s ‘best price first’ pledge has already led to a marked increase in agent enquiries and booking conversions since it was trialled on beach bookings in October, according to Marshall, but he added there were still perceptions of the operator as a “high price operator” rather than offering great value combined with service. “We need to break that perception,” he added.