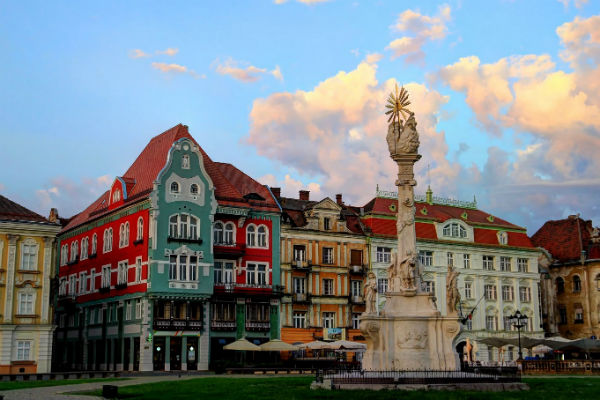 A fourth new route in a year is being introduced by Wizz Air from Doncaster Sheffield airport.

Timisoara in the Transylvanian region of Romania, the eastern European country’s third largest city, will be served twice a week from September 2.

The new service will provide an additional 38,000 seats to the airport and comes just weeks after the Hungarian budget airline announced new routes to Krakow and Budapest.

A 25% in passenger numbers to 1.5 million is forecast from Doncaster Sheffield over 2018 with almost 300,000 new seats being added for the year ahead.

Aviaiion development director Chris Harcombe said: “This is the fourth new route announcement from Wizz Air over the last 12 months, offering almost 40 flights per week to 13 destinations across Europe by September.

“We’re proud to be Wizz Air’s largest operation in the UK outside of London and delighted to grow our choice of low-cost European destinations.

“Our first Tui long-haul flights to Sanford, Florida take off in May and tickets are already on sale for flights to Cancun, Mexico setting off in spring 2020, taking our total destinations to 55, with new routes being added regularly.”

A Wizz Air spokeswoman added: “We are happy to expand our network in the UK with another exciting eastern European destination.

“Our newest route now connects Yorkshire with Timisoara, Romania, the historical Transylvanian city in the western corner of the country.

“It is a perfect destination for a weekend break or even a longer trip, offering a relaxing atmosphere.

“We are confident that our British customers will enjoy visiting this splendid city.”