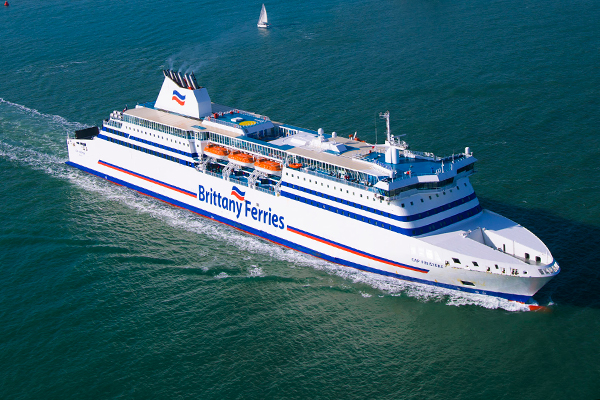 Passengers have reportedly been warned by Brittany Ferries that timetables have been amended in the weeks after the UK leaves the EU to create additional space to transport critical goods across the Channel.

Those with bookings in the six weeks after Brexit – including over the Easter school holidays – have been told that they have been rebooked on to ferries with a different departure time, according to The Times.

As many as 10,000 cross-Channel travellers face disruption as part of contingency planning for a no-deal Brexit.

A spokesman said that all passengers would be rebooked on ferries the same day, often with only a few hours’ difference to the original, or on the nearest overnight crossing.

The French company, which carries around 2.5 million passengers a year, was awarded one of three contracts valued at a combined £103 million a month ago to keep vital goods moving between the UK and the EU in the event of a no-deal Brexit.

Brittany Ferries is creating 19 additional crossings a week, with one or two extra sailings a day on the three affected routes. It means that existing schedules have had to be changed to accommodate the extra sailings, according to the company.

Passengers began to receive emails from the company at the weekend that read: “I’m writing to confirm that your sailing . . . is among those affected by the government’s initiatives to create additional freight capacity for the transportation of critical goods (such as medicines) across the Channel. I am sorry to advise that your original sailing . . . has been cancelled but can confirm we have rebooked you on to the revised schedule.”

The change – which affects 5,000 separate bookings and 10,000 passengers overall – only alters schedules for the first six weeks after March 29. The company said that it would assess the situation for the subsequent period, covering the end of May and into June, nearer the time. It means that more bookings may also have to be amended.

The spokesman said: “In most cases it’s no change or a small change. But in some cases it can involve moving from an overnight sailing to a morning or afternoon sailing or vice versa.

“We apologise in advance for any inconvenience that these changes may cause, but hope that the additional sailings will offer customers more choice.”

Brittany Ferries outlined steps being taken to change sailing schedules for 2019 on the three routes following confirmation of the contract agreed with the Department for Transport at the end of December.

It confirmed that 19 weekly return sailings would be added to the trio of routes on the western channel to allow more space for lorries, as requested by the DfT.

In total Brittany Ferries will create 50% more freight capacity on the three affected routes from March 29, representing a 30% increase overall on the western Channel.

CEO Christophe Mathieu said at the time: “Our priority is to prepare for a no-deal Brexit and to create additional capacity.

“By increasing the number of rotations on routes like Le Havre–Portsmouth we will be able to meet the Department for Transport’s Brexit requirement.

“We will also work hard to minimise the impact on existing Brittany Ferries freight customers and passengers, although there may be some changes to some sailing times, for which we apologise in advance.”

The ferry company had said before Christmas that people could “look forward with confidence” to their 2019 holiday “come what may”.

Mathieu said then: “Shipping operates in accordance with international maritime law, rather than European agreements.

“Accordingly, there is no question that we will continue to sail as normal on March 30, 2019 and beyond, even if we are facing a no-deal Brexit.

“Those who have already booked with us should be reassured and those looking to their 2019 voyage can book with confidence.”