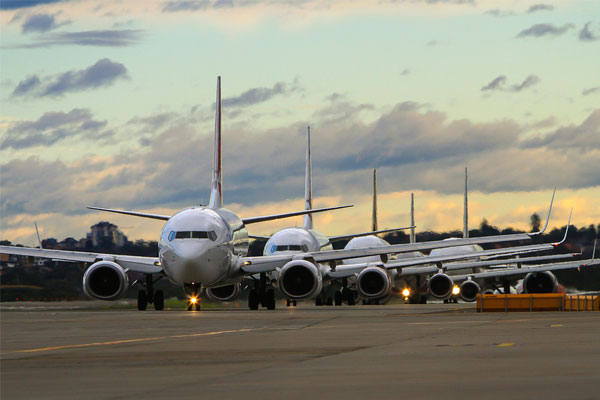 Passenger traffic across European airports grew by more than six per cent last year to an all time high of 2.34 million but Brexit remains an ‘immediate risk’.

A total of 136.6 million additional passengers used Europe’s airports in 2018 even though the level of growth was down on the 8.5% increase achieved the previous year, according to ACI Europe.

The increase was described by the airports body as “very dynamic – especially considering underlying economic trends and geopolitical tensions”.

Continued airline capacity expansion played a major role, as aircraft movements grew by 4% against 3.8% in2017.

The weakest results came from airports in the UK, reflecting mounting Brexit fears on the economy, and Sweden, where passenger traffic stalled in the wake of the introduction of an aviation tax, according to the organisation.

Capacity constraints limited gains at Heathrow to 2.7% yet the London hub still remained the busiest airport in Europe, with 80.12 million passengers.

“However, the latest no-deal contingency measures from the EU no longer provide for a capacity freeze on EU27-UK air routes for UK airlines.

“This will very much help mitigate the impact and protect air connectivity.”

“This means that in just five years, passenger traffic has expanded by more than a third (36%) – with more than 629 million additional passengers – of which 445 million were in the EU alone.

“Managing such growth has been quite a challenge and the strain on airport facilities and staff is real.

“Capacity and quality are now major issues for an increasing number of airports across Europe. This of course requires investment but also greater operational efficiency – through effective airport-air traffic movement integration and alignment with all other stakeholders.”