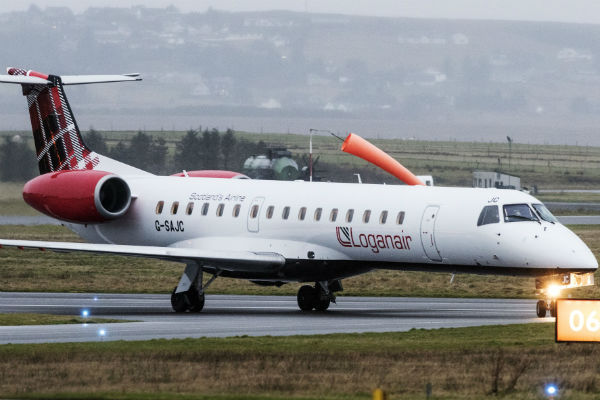 Loganair has stepped in to secure three key routes from Aberdeen to Bristol, Oslo and Esbjerg following sister carrier flybmi going into administration.

The Scottish carrier will operate the services from March 4 using a 49-seat Embraer 145 aircraft.

Loganair is also taking over flybmi routes from Newcastle to Brussels and Stavanger from March 25.

The airline has also expressed interest in flybmi’s Derry to Stansted Public Service Obligation service, as it has an extensive track record as a PSO provider and knowledge of the Derry market given the airline already operates to Derry from Glasgow.

Daily flights on weekdays will run between Aberdeen and Denmark’s fifth largest city of Esbjerg.

Six services a week will operate to Norway’s capital on weekdays and Sundays.

The move will expand the airline’s presence in Aberdeen airport, where it already operates more than 50 flights a week.

Managing director Jonathan Hinkles said: “It’s always really sad to see an airline go out of business, and our thoughts are with all those affected – particularly staff members.

“We are evaluating flybmi’s wider network and assessing routes which align with Loganair’s distinct geographical area and overall strategic plans.

“We are also working on employment opportunities for pilots, cabin crew and engineering support staff to strengthen the Loganair team.”

The collapse of flybmi came 24 hours after the government announced a two-year extension to funding to enable the airline to maintain flights between the City of Derry airport in and Stansted.

Emergency talks were being held between officials in Northern Ireland and the Department for Transport “to urgently seek a replacement airline”.

City of Derry airport said: “We are reviewing options for resuming the service with another airline as soon as possible.”