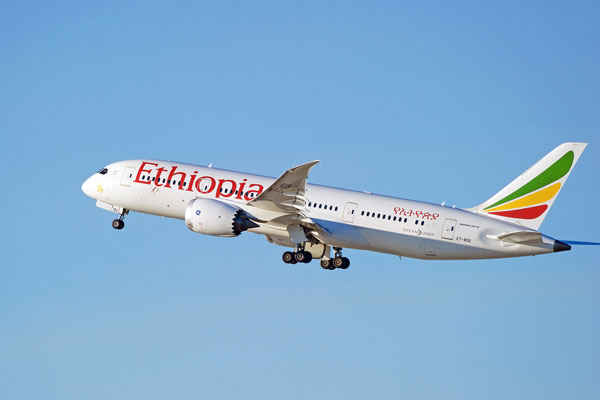 Seven Britons are among the 149 passengers and eight members of crew to have died in an Ethiopian Airlines crash.

The Boeing 737 Max 8 crashed on take-off from Addis Ababa airport on Sunday morning and there were no survivors.

China and Ethiopian Airlines have now grounded all aircraft of the same variant.

Ethiopian Airlines said that it grounded all of its 737 Max 8s “until further notice.”

“Although we don’t know the cause of the accident, we had to decide to ground the particular fleet as an extra safety precaution.”

More than 90 are in use by Chinese carriers including Air China, China Eastern Airlines and China Southern Airlines.

“Given that two accidents both involved newly delivered Boeing 737 Max 8 planes and happened during take-off phase, they have some degree of similarity,” the Civil Aviation Administration of China said.

Several North American airlines operate the same aircraft and have said they are monitoring the investigation. Southwest Airlines flies 31, while American Airlines and Air Canada each have 24 in their fleet. Ryanair has a firm orders for 135 Boeing 737 Max 8 aircraft.

The US aircraft manufacturer said: “Boeing is deeply saddened to learn of the passing of the passengers and crew on Ethiopian Airline Flight 302, a 737 Max 8 airplane.

“We extend our heartfelt sympathies to the families and loved ones of the passengers and crew on board and stand ready to support the Ethiopian Airlines team.

“A Boeing technical team will be travelling to the crash site to provide technical assistance under the direction of the Ethiopian Accident Investigation Bureau and US National Transportation Safety Board.”

Flight ET302 had been due to fly from the Ethiopian capital to Nairobi, Kenya.

Along with the seven British passengers, there were 32 Kenyans, 18 Canadians and eight Americans.

The airline said the cause of the crash is not yet clear.

Chief executive Tewolde Gebremariam said: “At this stage, we cannot rule out anything.

“We cannot also attribute the cause to anything because we will have to comply with the international regulation to wait for the investigation.”

The BBC reported that the Boeing 737 Max 8 aircraft was only “months old”.