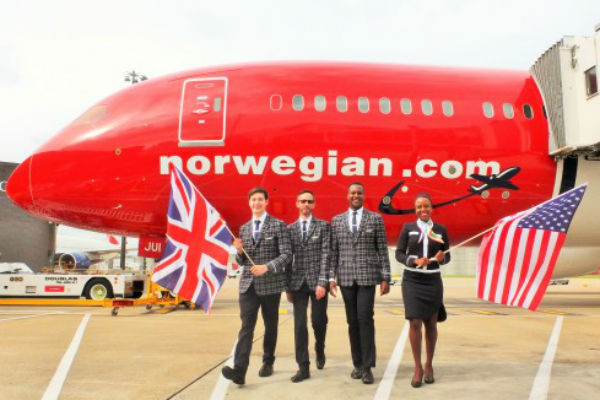 Transatlantic fares starting at £157 single have gone on sale for 2020 with the release of more than one million seats by Norwegian.

The budget carrier has released fared for nine US destinations from Gatwick for next summer.

Boston and New York lead in at £157 while flights to the Los Angeles and San Francisco on the US west coast start at £197.

The remainder of the summer 2020 programme will be released in stages over the coming weeks.

Long-haul commercial senior vice president Matthew Wood said: at Norwegian said: “Brits love a bargain which is why we are giving consumers plenty of time to start planning next year’s summer holidays with early access to our lowest fares to the USA.

“We will be releasing more flights in phases that make up the rest of our summer 2020 flight schedule but until then, we recommend that consumers book early to secure the best fares and their preferred seats on board our modern environmentally-friendly aircraft to the USA’s top cities.”