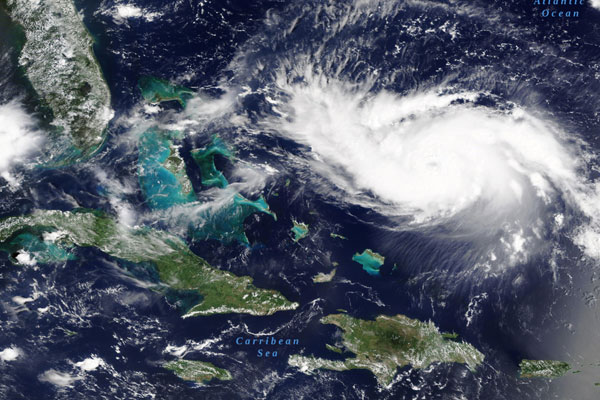 Passengers face having to book alternative flights to and from Florida’s theme park capital of Orlando as its international airport was shut down due to deadly Hurricane Dorian.

The airport confirmed that all operations would cease from midnight last night (Monday) local time due to the threat of Dorian.

Thomas Cook Airlines cancelled flights to and from Orlando to Manchester airport today for at least 24 hours and said flights on Wednesday were under review, subject to further updates from the US airport.

British Airways is monitoring the situation and warned of possible disruption to services.

Walt Disney World in Orlando adjusted its opening hours for today, with early closures, while Universal Studios, Universal’s Islands of Adventure and Universal’s CityWalk will open as scheduled. However, Universal’s Volcano Bay water theme park will be closed.

The second strongest Atlantic hurricane on record continues to wreak devastation to the Bahamas, killing at least five people on Abaco Islands amid widespread flooding and the destruction of 13,000 houses across the island chain.

Hurricane Dorian was last night moving over the northern Bahamas, heading north-east offshore along the Florida coastline. Forecasters warned that it will move “dangerously close” to the US east coast

Dorian struck the Bahamas as a category five hurricane but has now weakened to a category four with maximum sustained winds of close to 150mph, according to the US National Hurricane Centre.

Virgin Atlantic said: “We’ve been rebooking as many customers as possible on to the next available flights.

“However due to the airport closure and limited seating options, you may be disrupted for several days.

“The safety and comfort of our customers is our absolute priority and we’re working through recovery preparations for those customers in Orlando when the airfield is re-opened.

“In some cases due to such limited seating, we may not be able to give you a new flight just yet whilst these recovery plans are being established.”

In a message on its website, Virgin Atlantic added: “If you need to extend your hotel or accommodation arrangements up to your new date of departure please do so; reasonable costs for this, along with meals, will be reimbursed to customers unable to return home.”

Thomas Cook Airlines said passengers stuck in Orlando should remain in their accommodation where possible, and follow the advice of the hotel and local authorities.

Those due to fly from Manchester to Orlando on flight MT2572 today should not go the airport until advised of their re-scheduled flight time.

“As previously stated, this continues to be a very fluid situation. Hurricane Dorian has proven to be an unpredictable storm,” the carrier said.

“We continue to offer free amendments or cancellations to bookings for all customers who wish to do so, for travel up to and including Thursday 5th September.

“We are proactively contacting all customers in Florida and those due to travel in the coming days.

“As with all hurricanes, the local government has tried and tested procedures which are activated when a hurricane warning is issued.

“Our teams on the ground and our hotel partners are working with the authorities to keep our customers safe, comfortable and well-informed. Nineteen of our special assistance team members flew to Orlando on Saturday and are now helping our customers in Florida in preparation for the hurricane.”

British Airways warned of “disruption” to services to the region and is providing flexible re-booking options for passengers wanted to change travel dates due to the hurricane.

“We are closely monitoring Hurricane Dorian, which is forecast to affect south-eastern parts of the USA this week. As a result, there could be some disruption to our services in this area,” the airline said.