Former Thomas Cook chief executive Manny Fontenla-Novoa has denied decisions he made while at the helm of the company contributed to its collapse.

Fontenla-Novoa told MPs he got “major decisions”, such as the merger with MyTravel in 2007, “right”.

Appearing before the Business, Energy and Industrial Strategy Committee yesterday,  he said: “It’s incredibly sad the company failed, particularly for staff. It’s a company I worked at since I was 18 and a company I care deeply about. I can’t believe it doesn’t exist anymore.”

He added: “Of course I regret things, I have no doubt about that, but I genuinely believe the merger (with MyTravel) was the right decision.”

Asked specifically if he took any responsibility for Cook’s collapse, Fontenla-Novoa said: “I don’t think decisions I made contributed to its collapse.”

Asked if his £12.8 million pay was justified when net profit was wiped out and net debt more than doubled, Fontenla-Novoa told MPs it was a “big amount” but added: “Objectives were measured at the end of every year and put in front of shareholders and voted on.”

He said the debt taken on by the group seemed appropriate at the time, but added that the 2008 financial crisis a year after the takeover had a “huge impact” on consumer confidence.

Responding to questions about expanding Cook’s retail estate at a time when internet demand was growing, Fontenla-Novoa told the committee “high street agents play an important role” and pointed to the recent Hays Travel deal.

But committee chair Rachel Reeves MP responded : “Yes, but Hays aren’t saddled with debt like you were”.

Fontenla-Novoa said: “I don’t accept that. Peter (Fankhauser) should have done something about it…he should have looked at dispensing some of the assets…before 2019.”

Fontenla-Novoa said since 2012 Thomas Cook had failed to grow capacity, while competitors like Jet2 and On the Beach had “grown from nowhere”.

Appearing alongside Fontenla-Novoa, his successor Harriet Green said she regretted not being able to complete the transformation of the company in her 28 months in charge and would have done a number of things differently. 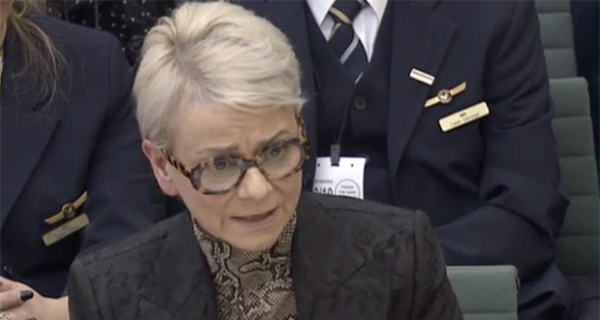 Green told MPs she should have recruited a board that “understood how to change the business model” and made the business less “asset heavy”.

She also said she began introducing “Apple-type” retails stores which she said she should have “pushed harder and faster”.

Green put the failure of Thomas Cook down to a slowness in developing a digital strategy.