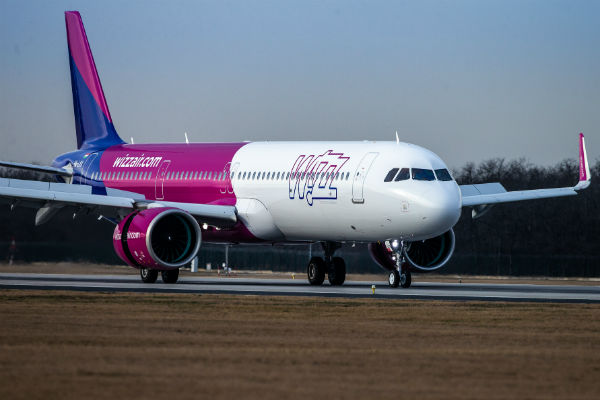 Wizz Air claims to have cut emissions in the past year despite expansion.

The eastern and central European budget carrier revealed that its CO2 emissions in grams per passenger/km for October were 2% lower than in the same month last year at 56.8 grams.

Wizz Air revealed that passenger carryings rose by 21% last month to 3.7 million with the load factor up by 1.3 percentage points year-on-year to 94%.

The airline’s fleet has risen to 120 aircraft with the introduction of a 239-seat Airbus A321neo.

Wizz Air is also expanding in Ukraine with six new routes starting in March 2020 from a new base in Zaporizhzhya.

Meanwhile, Ryanair Group’s October carryings grew by 5% to 13.8 million to give an annual rolling total up by 9% to 151 million.