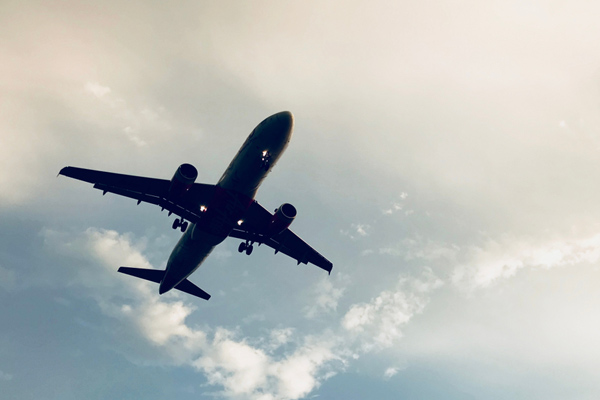 The aviation industry’s record on carbon emissions was questioned in a BBC documentary aired to millions on Monday night.

Panorama asked the question ‘can flying go green?’ in the 30-minute episode on BBC One.

Its report suggested carbon offsetting didn’t do enough to counteract emissions, alternative fuels were not clean enough, electric aircraft were too expensive, and international targets did not go far enough.

More: ‘Incentivising airlines is only chance of green aviation’

Matt Gorman, director of sustainability at Heathrow, told the programme: “We believe aviation is fundamentally a force for good in the world” but conceded that “climate change is a really pressing issue”.

Three BBC reporters flew to Italy and said their return journey has required 700kg of CO2, the equivalent of the average UK household’s monthly emissions.

They tested a Pipistrel electric aircraft, which reporter Justin Rowlatt pointed out has a battery life of one hour and can carry just two people.

Pipistrel’s chief technology officer Tine Tomazic suggested the technology, mostly used by flying schools, wasn’t ready for commercial flying. He said: “It’s not a universal solution. It would be feasible to do a battery-powered aeroplane with a much longer range, however it wouldn’t be cost effective.”

Ryanair chief executive Michael O’Leary said: “If the aviation industry had any alternative to kerosene, we would use it in a flash.”

But his airline – which claims to be the greenest in Europe – came under fire in the programme for the size of its carbon offsetting scheme – which aims to plant trees across seven hectares in Ireland.

When told Ryanair would need to plant trees covering 12% of the UK to offset its emissions, O’Leary defended the “gesture” that “only started a year ago” and said: “From little acorns grow mighty trees.”

Others were more upbeat about alternative fuels, including Neville Hargreaves, vice president of sustainable fuel firm Velocys, who said “anything that can be recycled we will turn that into aviation fuel.”

He conceded that it “behaves exactly like kerosene” in terms of the emissions it creates, but argued that “over the life cycle they [emissions] are much lower” and said the current fuels are “just a start”.

Academics were sceptical. Professor David Lee, of Manchester Metropolitan University said the industry was “decades away” from renewable fuels and that airlines “need to take it a lot more seriously”.

Professor Simon Lewis, from University College London, said Ryanair’s scheme was “tiny”, and would offset less than 0.01% of this year’s emissions.

He added: “They are woefully inadequate compared to the scale of the emissions that are being generated. It’s a green gimmick rather than a serious attempt to slow down climate change.”

Saying Ryanair’s offer to customers to pay £1 to offset their emissions – something 3% of their customers do – Tim Johnson, form the Aviation Environment Federation said: “That £1 probably wouldn’t scale to the emissions from your flight. You’ve still omitted a tonne of CO2 and that will remain in the atmosphere for years to come.”

The programme also visited the International Civil Aviation Organisation’s summit in Canada where the association was working on an offsetting scheme for international flights, Corsia.

But Annie Petsonk, of the Environmental Defense Fund said the talks were “very difficult” with different opinions being put forward by airlines.

“Some were saying we can’t meet a 2020 target, our airlines need to grow. Others were saying if we cannot limit the carbon emissions of our aircraft, the future of our industry is in jeopardy.”

But Michael Gill, of airline association Iata, said the talks were a step in the right direction, and “reflected some of the realities of the aviation sector”.

He added: “We actually think it’s a very good deal because it has the buy-in from everybody.”

The deal, which excludes Russia and China until 2027, works by all airlines adding up their carbon emissions from international flights then airlines pay to offset any emissions over that level, from 2021.

Andrew Murphy, of campaign organisation Transport and Environment, said carbon offsetting doesn’t work. “It’s not working,” he said. “But the aviation industry is increasingly seeing offsetting as its Get Out of Jail card for climate policy.”