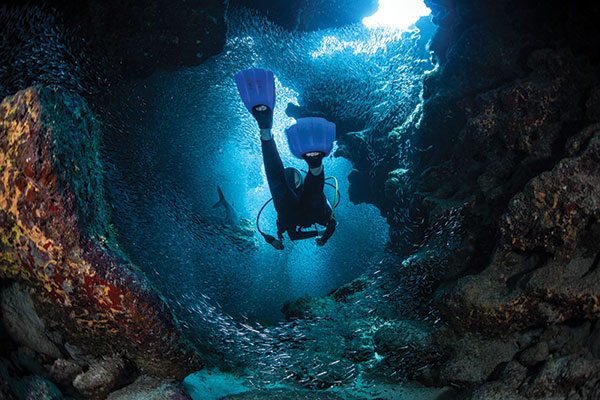 Cruise lines have been accused of putting profit over environmental protection over plans to build new port facilities in the Cayman Islands.

Campaigners warn that coral dredging needed to enlarge the port could cause “irreversible damage,” the BBC reported.

Carnival and Royal Caribbean are leading a consortium called Verdant Isle to build a $250 million new jetty and berthing facilities on Grand Cayman.

This will enable cruise ships to access the island without the need to use tender boats.

But it means dredging the harbour, destroying at least 10 acres of coral reef.

People in the Caymans will vote on the proposal in a referendum expected early next year.

Nadia Hardie, head of The National Trust for the Cayman Islands, said: “It’s a really unique area, that’s why Cayman is so famous for its diving and snorkelling, it’s just pristine.

“There are so many different varieties of marine life but also coral, we have endangered species here which we have to protect and that’s what’s really at risk.”

Verdant Isle has sought to allay fears by promising to relocate 30%-50% of the common coral that is removed and all rare corals.

Florida-based marine consultant Dr David Vaughan has been hired to use a technique called micro-fragmentation to plant new corals alongside those that have been moved.

“This is a new technology [that involves] reskinning the tissue back on a dead coral head or a rock,” he said. “It’s not the reason the referendum should be ‘yay’ or ‘nay’, but it’s something to add to the mix.”

But Michelle Lockwood, from opposition group Cruise Port Referendum (CPR) Cayman, said: “The cruise lines… they’re in this for profit, they’re not in this for what’s best for the Cayman Islands.”

A Royal Caribbean spokesman said: “We know that a pier is much better for the guest experience.

“Guests will come off the ship at a much higher rate and spend more time in port.”