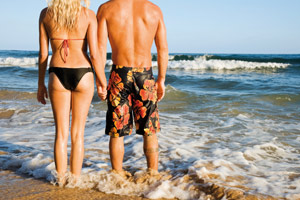 Web-savvy young people in the US are offering an unexpected boost for travel agents as they look for someone to “hold their hands” through travel bookings.

The annual Consumer Trends report by Travel Weekly in the US found a surprising 20% of traditional agent bookings came from younger respondents – 18 to 31-years-old “echo boomers” born during the birthrate surge of 1982-1995.

This was despite the group making up only 14% of the total leisure market.

Arnie Weissmann, Travel Weekly US editor-in-chief, told a WTM session: “This is a generation that has had everything done for them. They work hard but they have had their hands held throughout their lives, so although they have been on the internet since they were three, they aren’t easily impressed by what is online and appear to want help when it comes to booking travel.”

He added: “This often starts with significant events such as weddings and honeymoons, but if it continues, then it will be good for agents.”

The trade section of the survey also threw up some interesting findings, with agents rating good “email specials” to send to customers as the most important support from suppliers.

This replaced “overrides and commissions”, which topped the poll in 2009, and “fam trips” which held the top spot in 2008.

“We believe email was the most important this year as the phones weren’t ringing and agents needed something to spur that business,” said Weissmann.

“Fams are appealing in good times, and overrides and commissions are important as long as the enquiries are there, but this year the focus was on generating leads.”

The overall mood of the trade survey was positive, with agents expecting to see growth in most sectors. Last year only cruise was predicted to grow.