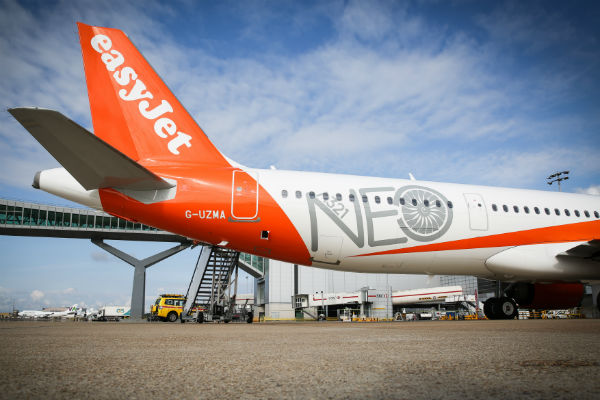 The budget airline’s chief financial officer has given notice to leave after almost six years.

His planned departure follows a failed attempt by easyJet founder Sir Stelios Haji-Ioannou to oust a group of senior directors, including Findlay and chief executive Johan Lundgren, in a dispute over a £4.5 billion Airbus aircraft order.

A general meeting of shareholders on Friday rejected the bid to remove four directors.

However, the carrier announced today that Findlay had advised the board of his intention to leave.

He is expected to continue working for the airline until May 2021.

Findlay, a former CFO at Halfords, will continue with his existing responsibilities and the search for his successor will now commence, according to an easyJet statement to the London Stock Exchange.

Findlay said: “Although I have given notice to leave easyJet in a year’s time, I remain fully committed to the business to support Johan and to ensure easyJet successfully weathers this unprecedented time for the airline industry.

“By the end of my notice period I will have been with this great company for almost six years and it will be the right time to pass the financial reins to someone who will help take easyJet into its next chapter.

“I would like to thank the shareholders who supported me and my fellow directors in the recent general meeting. I intend to repay that support in the coming year.”

Lundgren said: “Since I joined in 2017, Andrew and I have worked extremely well together.

“As the longest standing member of the airline management board, Andrew has and continues to provide solid financial steerage and guidance.

“This has been particularly so during recent months when he was quick to secure liquidity and deliver a significant reduction in cash burn.

“I speak on behalf of my fellow colleagues in that we will be sorry to see him leave next year, however we all look forward to working with Andrew over the coming 12 months as we successfully steer easyJet though this unprecedented times for the industry.”

The airline plans to resume a limited number of domestic flights in the UK and France on June 15.

EasyJet previously revealed it was the target of a cyber attack in which nine million customers’ details were accessed.